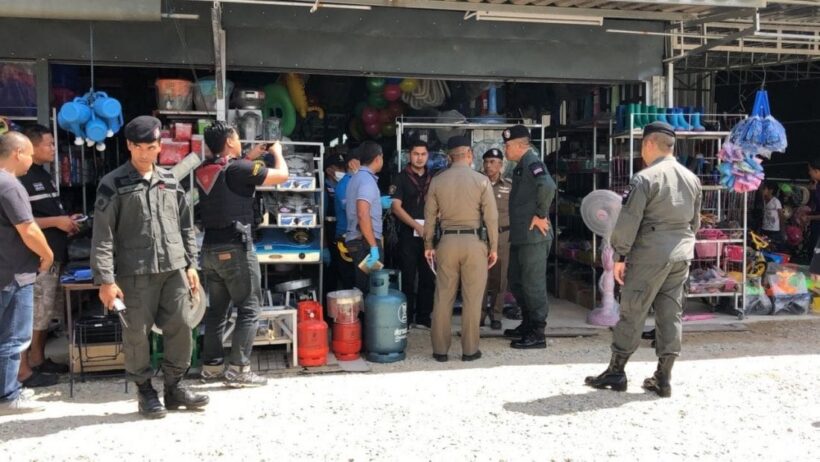 Following up from the shooting story in Songkhla yesterday…

Police in the South have released a sketch of what witnesses described as a “Malay-speaking gunman” after an elderly Buddhist couple were gunned down at their house and furniture shop in Songkhla’s Thepha district yesterday.

Read the story from yesterday HERE.

The shop house belonging to 68 year old Uthit Chanrat and wife Boontim Chanrat had been among 10 locations at which insurgents carried out simultaneous arson attacks back in August, 2013.

However, police are not yet ruling out personal conflict being a possible motive. The shooting happened yesterday at noon when two men arrived on a motorcycle and shot the couple.

Police said they had watched footage of the two gunmen fleeing on a motorcycle in the direction of Pattani’s Khok Pho district, via Songkhla’s Saba Yoi district.

However, as the footage fails to show the faces of the two suspects, police have made a facial sketch of the gunman, who was the driver of the motorbike, based on accounts from workers at the Chanrats’ shop. 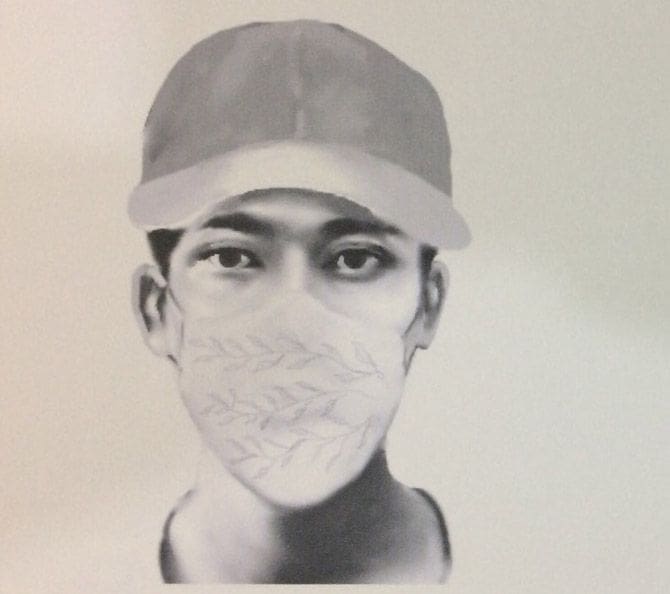 Police say the man appeared to be around 25 to 30 years old and about 1.70 metres tall. Police are now comparing the sketch with file photos and descriptions of other suspects in order to try to identify him.

The gunman had covered his face with a flu mask and spoke in Malay dialect, according to the shop workers. Police found two spent 9-millimetre shells at the scene of the murders and are checking whether they match any weapon used in carrying out insurgency attacks in the southern border provinces.