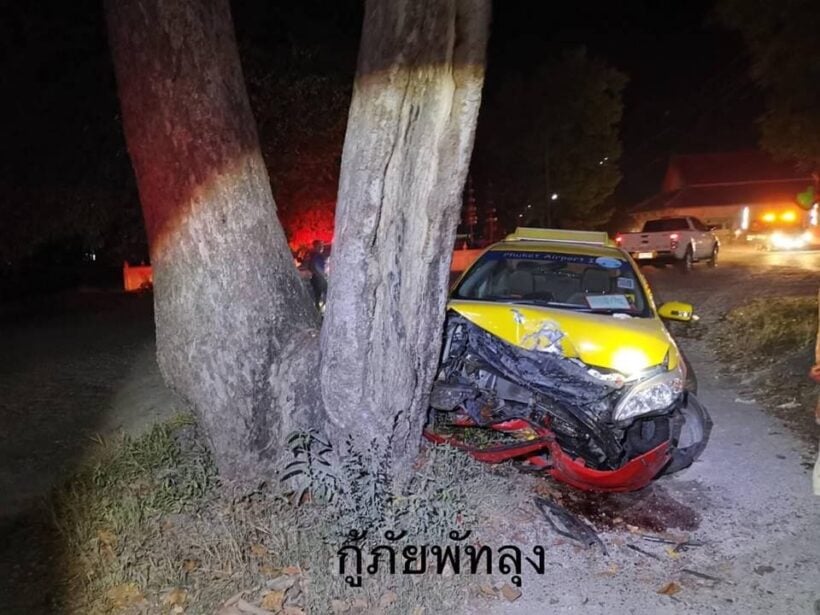 Two people have sustained serious injuries after a Phuket taxi slammed into a tree in Phattalung last night.

They arrived at the scene to find the Phuket registered taxi resting in front of the big tree on the side of the road near a temple. The front of the vehicle had extensive damage following the collision.

The two people who sustained serious injuries were 58 year old Wanchai Srithong and 64 year old Jamras Srithong. They were both taken to the Phattalung Hospital.

Pattalung City Police are continuing their investigation. There has been no explanation given at this stage as to why a Phuket taxi was in Phattalung. 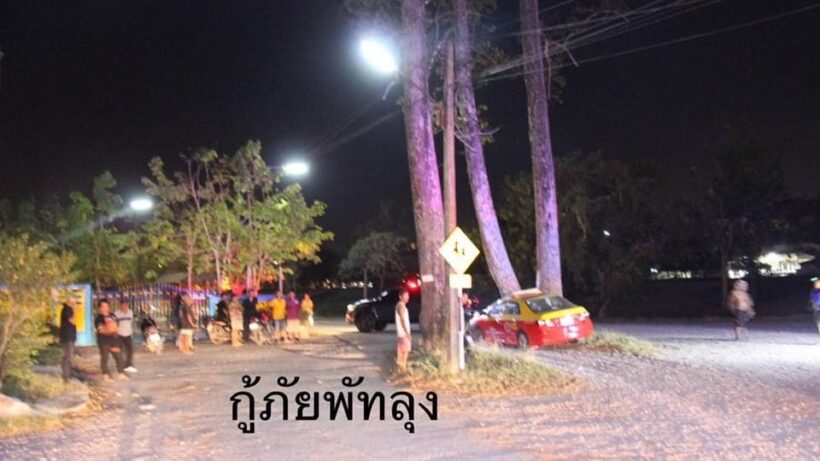 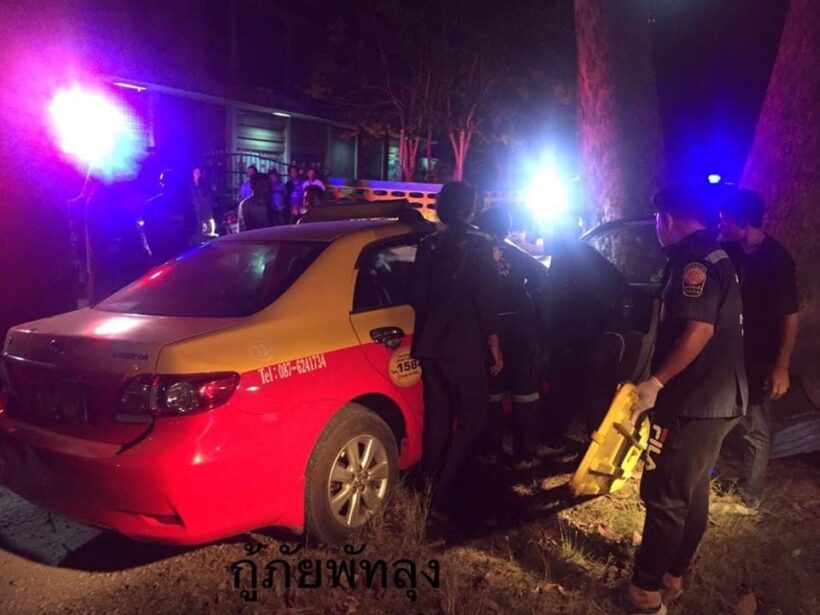 Pattani smuggler arrested with over 10,000 packets of illegal cigarettes