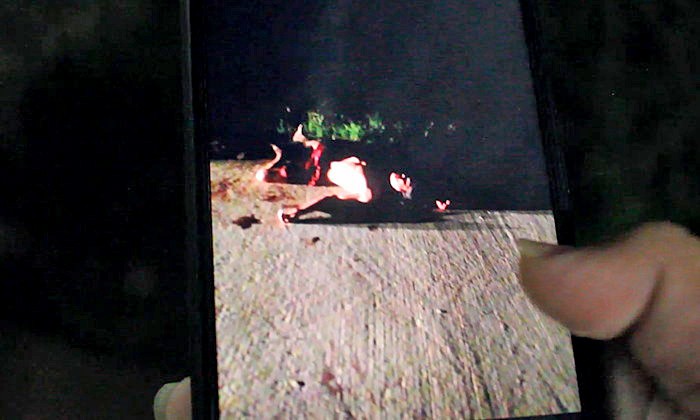 Police and rescue medics rushed to the scene of an attack on a Chumpon man.

Sanook reports that Police found 38 year old Anon with serious wounds to his head and arm on a concrete road outside a house. He was taken to Sawee Hospital.

They found out that the attacker was Anon’s estranged wife, 45 year old Nit. Both are construction workers living in the Ban Huay Kaew area of Na Sak district.

They had been living together for a year until Anon moved out following arguments over jealousies. On Monday it appears that Nit attacked him with a 12 inch “Ito” kitchen knife. Police found the bloodstained knife and arrested her. Police are continuing their investigations.