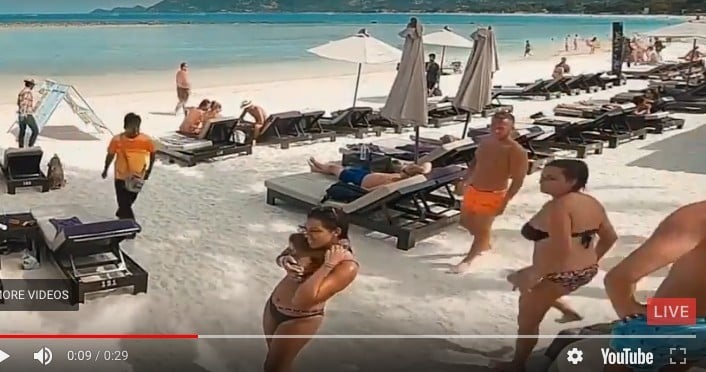 Yesterday we posted the story about Samui beach touts hawking a baby gibbon for tourist photos – a lucrative little cash business at 100 baht per photo. But the practice is frowned upon my may westerners these days and remains illegal in Thailand. Facebook blogger Arkadiy Kulev was keen to see the touts arrested.

Today (Thursday), Samui police have arrested two men and seized three gibbons after the clip provided evidence of a man letting foreign tourists take photos with the gibbons in exchange for money, leading to an outpouring of anger on Facebook.

The clip showed one of the suspects approaching foreign tourists and offering to let them hold and cuddle the gibbons for a photo in exchange for a fee of 100 to 200 baht, prompting many people to cry foul on the Facebook page.

Two gibbons were found in a cage at Ruangwit’s house and the other was seized from Ismail. Ismail admitted that he was the man in the clip, which was shot two days before the arrest. He said he bought the gibbons from a man in Ranong. The two men have been charged with having protected wild animals in their possession without a license.

The three gibbons were given to national park officials who will take charge of their welfare. 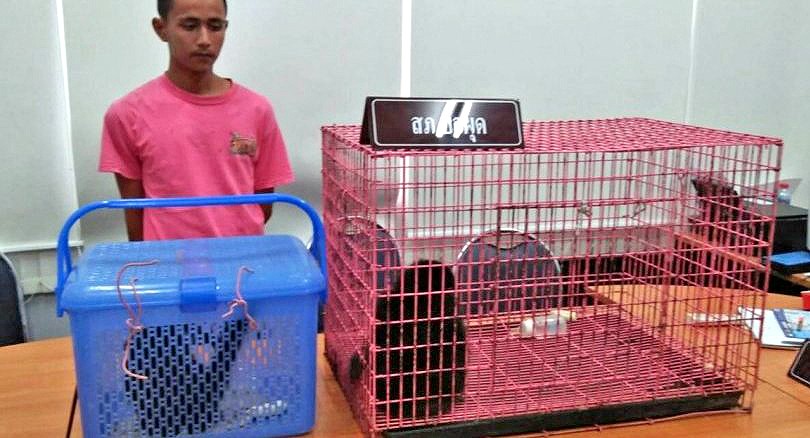