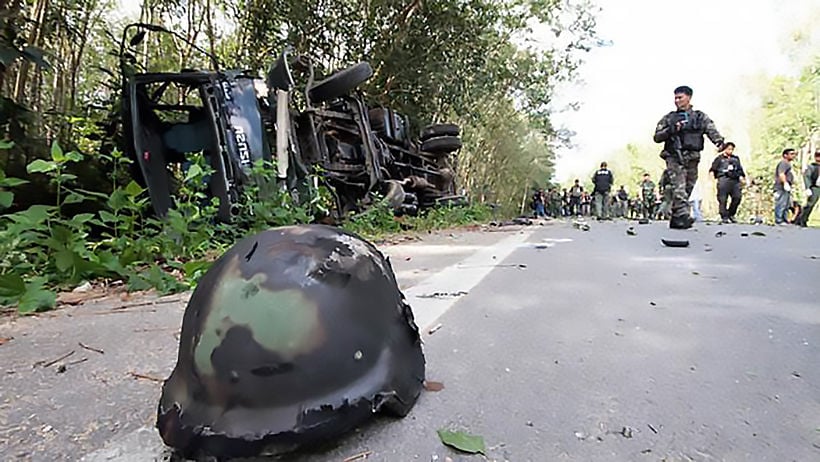 Multiple shootings and attacks on rangers and police officers were reported over the weekend in Narathiwat, a province in Thailand’s deep south bordering Malaysia that has been plagued with violence for years due to the religious separatist insurgency. In one recent report, the Bangkok Post said the attacks are part of a “fresh wave of southern violence.”

Last night, a gunman fired shots at the Bacho police station. No officers were injured. Bullets from the gun hit a power pole, signboard and a parked car outside the station. Officers investigating the scene found round 20 spent cartridges of M16 and 9mm ammunition by a nearby home.

The Bacho police chief Dulyaman Yaena suspects the shooting is related to an incident from over the weekend where a grenade exploded at a police residence in the Rueso district. The explosion damaged 3 vehicles. No one was injured.

In another incident over the weekend, 2 rangers were injured in a bomb explosion while riding in a pickup truck in the Rangae district. Rangers called to the scene to investigate found pieces of an improvised explosive device, or IED, made from a 25 kilogram gas cylinder. The rangers were sent to Rangae Hospital.

A police checkpoint between Narathiwat and Pattani was ambushed on Saturday. Assailants fired 20 shots at police. No one was injured.

More than 600,000 migrants registered with Labour Ministry over the past month