While couples went out on dates and romantic outings for Valentine’s Day, some single Thais prayed to the God of Love. Kneeling on red hearts taped to the ground by the Trimurti Shrine, people placed their hands together in the “wai” position and held their offerings of red roses and incense between their palms.

Hundreds of Thais seeking love crowded the area for an event last Friday, just a couple days before Valentine’s Day. The sacred site for the Hindu god of love outside Bangkok’s Central World in the heart of the city’s bustling shopping district between Chit Lom and Silom BTS stations.

Offerings including red candles, red roses and red incense sticks can be purchased together for 100 baht at the shrine. Those that want to make an extra donation bring a bottle of red Fanta. Those praying to Trimurti introduce themselves to the god and give details about their ideal lover. One Thai woman told the Thaiger that many will tell the god the full name and address of the person they would like to attract. 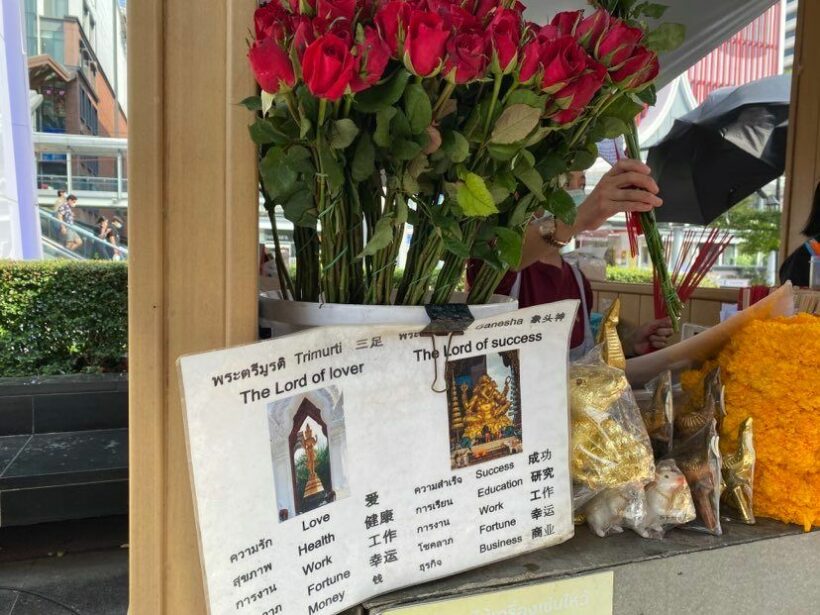 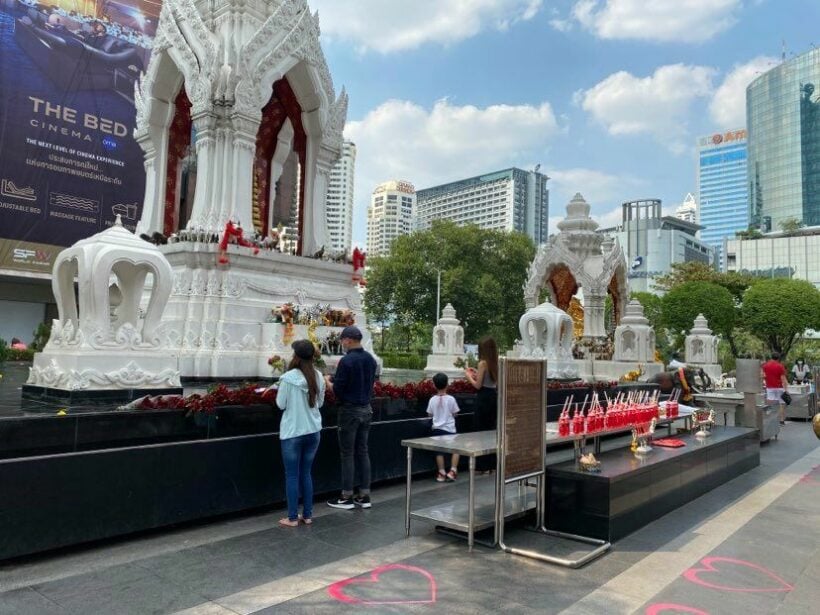 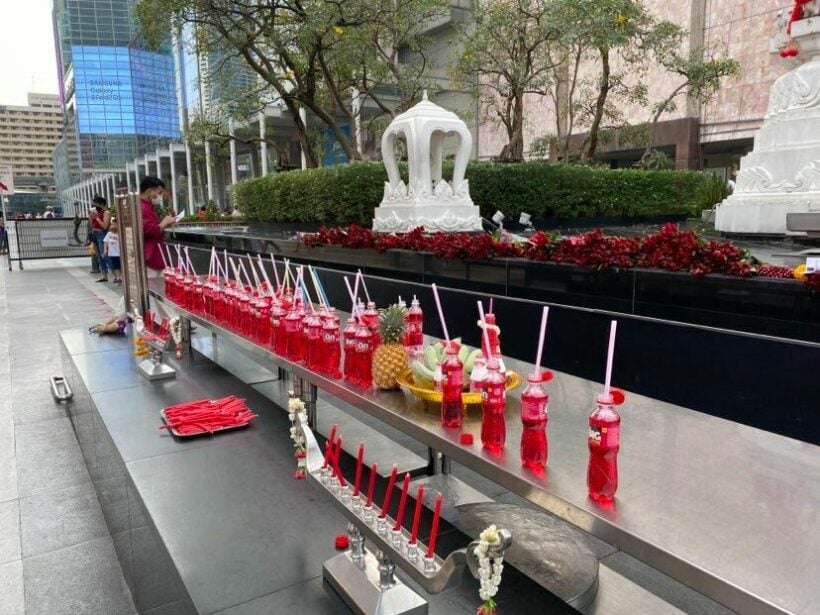 Surge of violence over the weekend in Thailand’s deep south