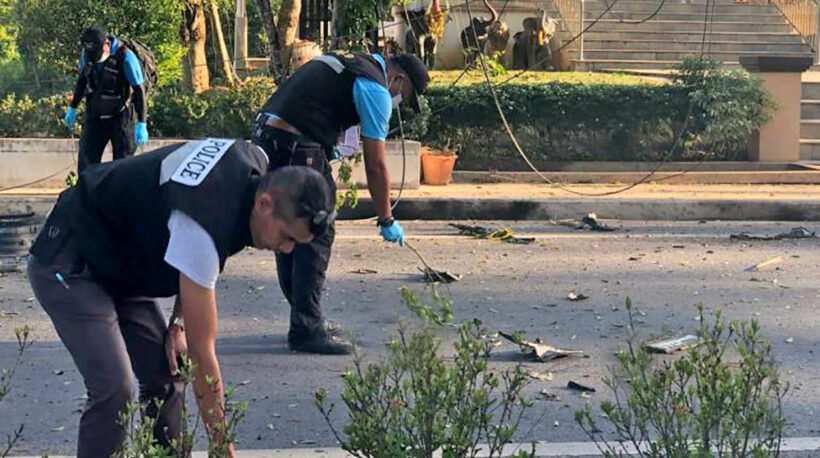 Eight people have been injured by shrapnel from a roadside bomb, including two school children. They were amongst a group gathered near a public park in the Sabayoi district of Songkhla, in Thailand’s south today

Also amongst the injured were the Sabayoi district assistant chief, a local defence volunteer and Sabayoi villagers.

Security authorities currently speculate that southern insurgents detonated the bomb as a converted pickup truck passed the spot. The blast blew the vehicle onto the side of the road.

There was also another clash reported between officials and suspected southern insurgents but there are no further details around that incident at this time.

On Sunday Thai security authorities confirmed that five suspected insurgents were shot and killed by soldiers on a mountain side in the Cho Airong district of Narathiwat, near the Malaysian border.

Military sources told Thai PBS World that the security forces were pursuing the insurgents after being spotted near a checkpoint set up by para-military rangers in Village 8. The road block was set up to check all passing vehicles for suspected insurgents.

Security forces also seized five M16 assault rifles, a HK rifle and some supplies from the location on Tawae Mountain in Tambon Bukit.