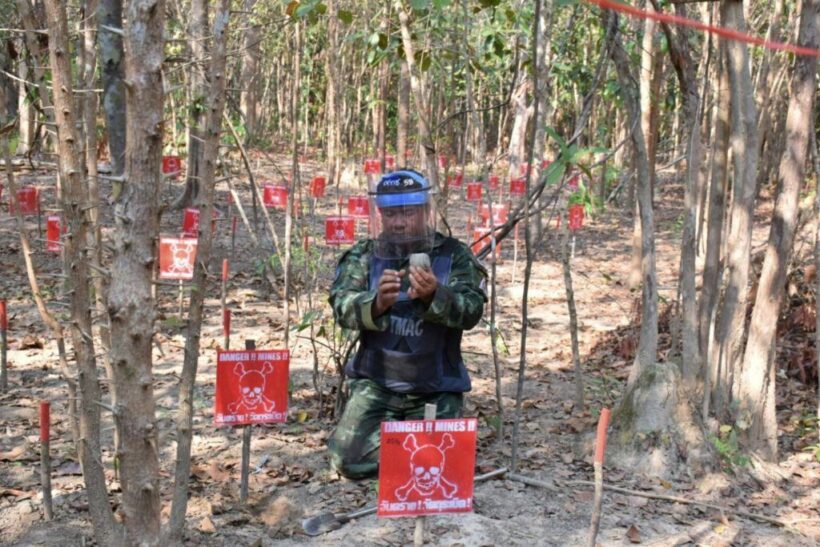 The army’s Thailand Mine Action Centre (TMAC) has announced that they’ve cleared more than 200 landmines from a former battlefield in the southern province of Chumphon, near the Burmese border. TMAC chief Wisut Uthitwattana says the 6.6 square kilometre area was marked as a potential landmine zone as it was the site of battles between ethnic insurgents and Burmese troops.

The TMAC, which has received funds from the Norwegian People’s Aid since 2001 to survey the battleground and remove mines, yesterday led reporters on a tour to show its results. The TMAC’s land survey found 3.46 square kilometres, over half of the area, mine-free, and 3.17 sq/km a “dangerous area” (DA) for landmines.

“We classify land into three zones. First is landmine-intensive, second is a high slope that is less risk, and third is relatively free area such as hunting tracks and farmland that we plan to return to villagers for farming after we make sure the area is safe.” 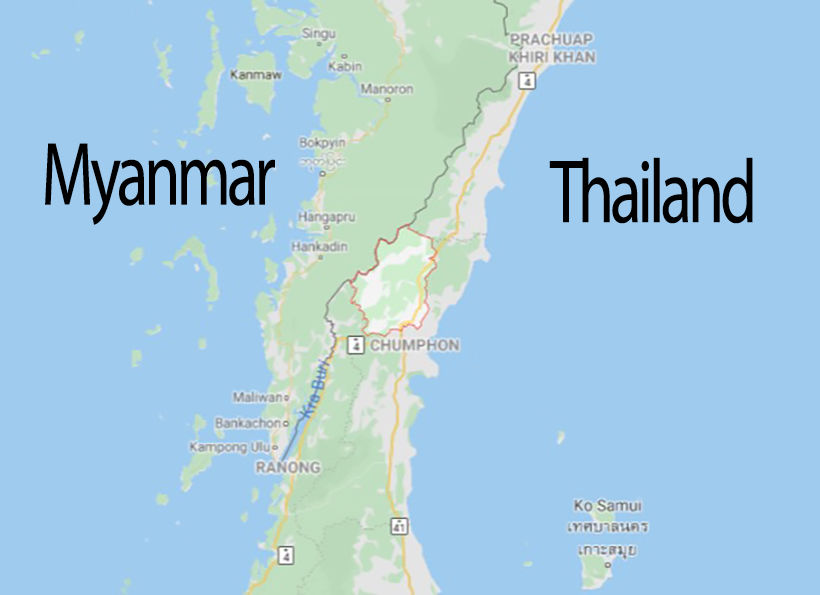 Data from a land survey last year found there are three landmine-intensive areas, almost 60,000 square metres in total, from which more than 200 landmines have been removed. The TMAC continues surveying the area.

The first spot is deemed “Nern Mamuang” of 27,580 square metres. The TMAC cleared 106 mines and 157 other munitions there last year.

Third is “Karen Base” of 15,690 sq/m where 42 landmines and four munitions were removed. All large ordinance will be destroyed at Saha Thai Palm Oil Plantation on March 24.