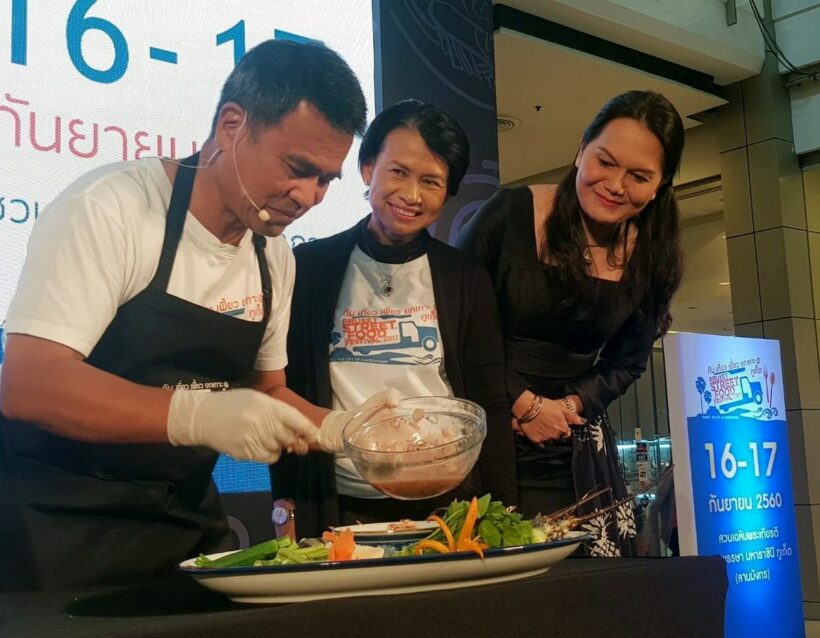 Phuket’s Governor attended a press conference regarding the Phuket Street Food Festival 2017 in Central World Mall, Bangkok. The events will take place during the green season on September 16 and 17 at the 72nd Anniversary Commemoration of Queen Sirikit Public Park in Phuket Town.

Phuket is one of 18 cities across the globe that are given the special title by UNESCO as a ‘City of Gastronomy’. The Governor says we have to let people know that not only we have beautiful beaches but we also have outstanding traditional food to offer as well.

Every September, Phuket has scheduled a food festival which is an extravaganza of unique local food, fresh seafood, fusion and creative food as well as healthy choices that comes from street vendors, bistros, restaurants and hotels, all presented in stalls and food trucks.

During September, which is the green season, hotels and resorts also offer special rates to welcome more travelers, which is a great opportunity to enjoy several activities in Phuket.

At the event in Bangkok, Phuket’s Governor also demonstrated the cooking of Phuket local food and famous signature dishes were presented such as Moo Hong, Mantou, fresh lobster and much more.

Phuket Gazette will have more details about the Phuket Street Food Festival soon. 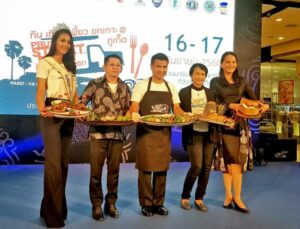