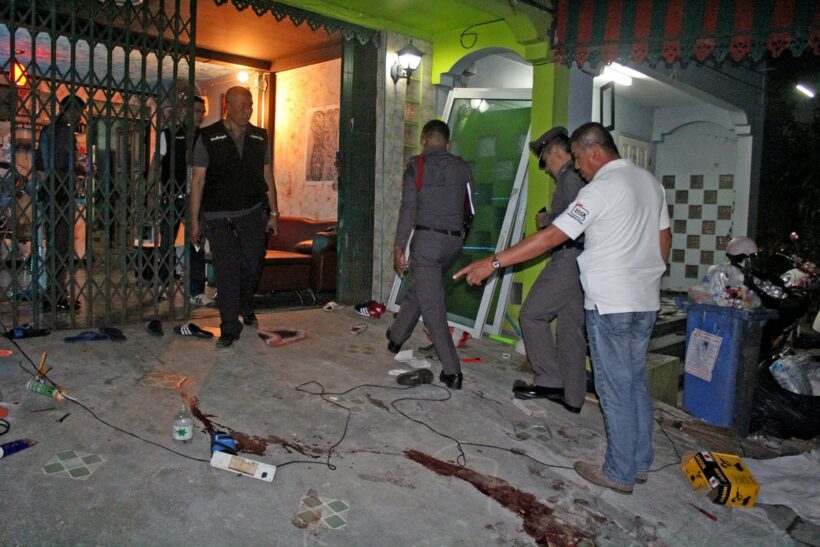 Last night (March 4) police received a report about a shooting in a house at the Rangsiri housing project, in Rassada, east of Phuket Town. Two people were shot; one died and another remains in critical condition.

At the 2 story house, which doubles as a tattoo shop in the ground floor, police found blood and several .45 bullets on the ground near the gate, near the tattoo chair, and in front of a bedroom. The victims, 28 year old Jakkapan Saluoy-Iam and 30 year old Sinchai Kaewlipon, were sent to Vachira Hospital before the police arrived.

At Vachira Hospital, police found the medical team attending to Jakkapan, who was critically injured, and found the dead body of Sinchai, who was shot in the middle of his chest, through the back, on his right arm and on his legs. He died at the hospital.

After an investigation, police found that the two were fixing Sinchai’s car with another 2 friends. 3 men arrived with a black Mitsubishi Pajero car and a big bike. They asked for the man name ‘Sin’ and Sinchai stood up but Jakkapan saw that one of them pulled out a gun so he tried to stop them. Jakkapan was shot before Sinchai, then the shooters fled.

The police are checking the CCTV cameras near the crime scene and in the neighbouring area.

Police believe that the motive of this homicide is ‘conflict over money’. Sinchai bought a bike from one of the men and still owed some payments.

Police already have clues about the identity of the shooter and say they’re sure the man will be in detention soon. 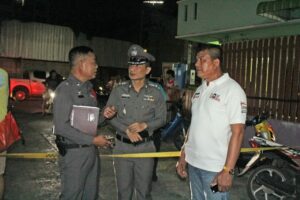 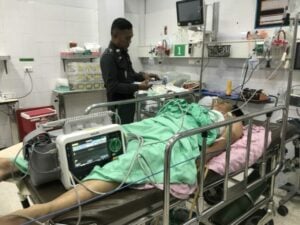