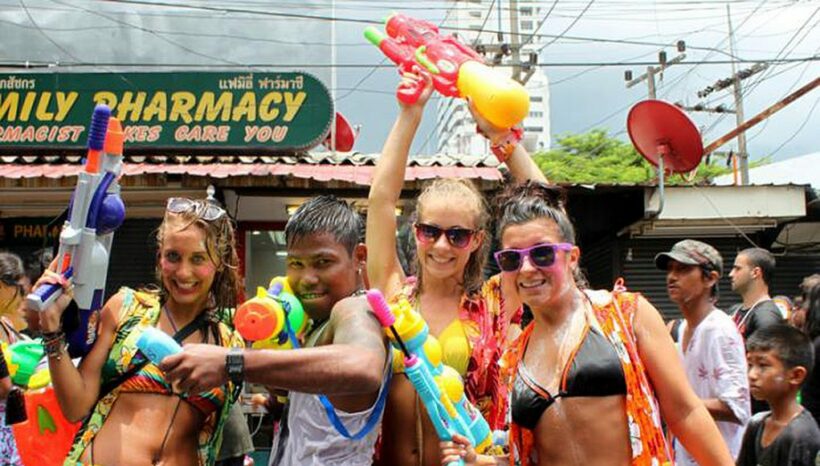 A well-known model has launched a social-media campaign to tackle the widespread and erroneous belief that sexual harassment stems from a woman’s choice of clothes.

Sirinya “Cindy” Bishop, who is also an actress, has used social media to counter recent messages propagated by authorities that sexual harassment can be stopped by urging women not to dress in a revealing way. 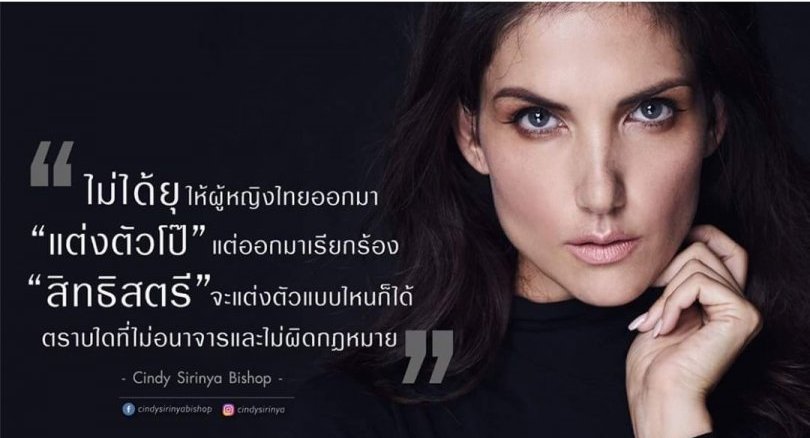 Cynthia says what women wore was not a justification for sexual harassment. Instead, men should respect women and not behave inappropriately, she added.

The campaign started last week when she read a news report about a suggestion from the Department of Local Administration telling women to wear modest clothes during the Songkran Festival to prevent sexual harassment.

Sirinya countered by posting a video clip on her Instagram account, “cindysirinya”, highlighting that women had the right to wear whatever they wanted to and men did not have a right to use apparel as an excuse for their behaviour.

Sutthipong Chulcharoen, director-general of the government’s local administration department, said authorities throughout the country would ensure there would be alcohol-free zones and information campaigns encouraging women not to wear clothing that was too revealing. – Bangkok Post

Sirinya said she had been a victim of sexual harassment during Songkran even though she was not wearing skimpy clothes, adding the mindset to tell women to dress politely showed protection of women rights in Thailand was very backward.

“Women have the right to dress however we choose, as long as it’s not illegal. Sexual assault and harassment is never the woman’s fault! Tell men to keep their hands to themselves!” she wrote in the caption to the video clip.

She added in a subsequent Instagram post that dressing in a revealing way did increase the risk for women being victims of sexual harassment. However, she said society focused only on how women dressed without pushing for other solutions, such as teaching men social values and to respect women’s rights.

Sirinya urged netizens to participate in the campaign by posting pictures or describing their experiences of sexual harassment, adding the hashtags #donttellmehowtodress and #tellmentorespect.

Her campaign has received positive feedback, with more than 700 people posting with these hashtags on Instagram as of yesterday afternoon.

A Facebook user named “Ellelie Tosuk” supported Sirinya’s post by saying: “Nowadays women’s rights are lessening each day. They should solve the problem from the root, not the result.”

However, a review of opinions from university students found that not everyone agreed with Sirinya.

Some people commented that wearing modest clothes could reduce the risk of sexual harassment, while male students wrote that wearing revealing clothes could send the wrong signal to some men that women were willing to be touched. 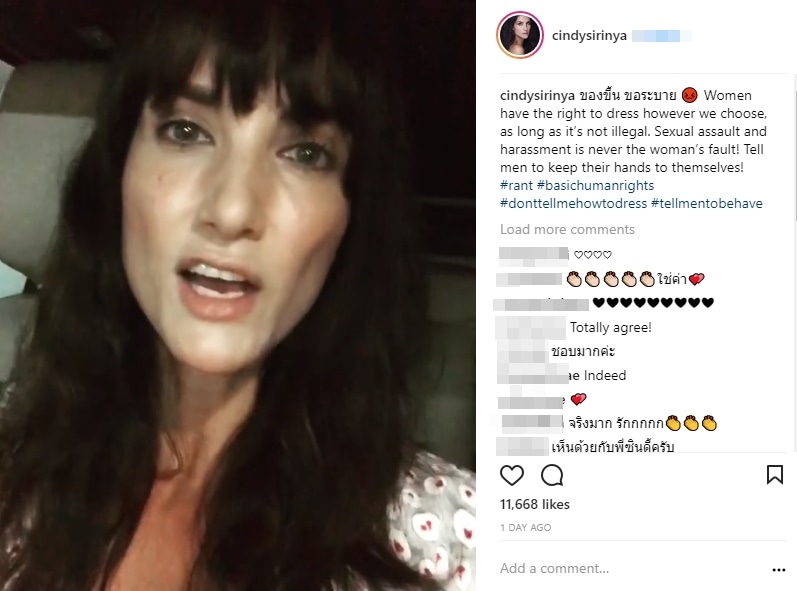