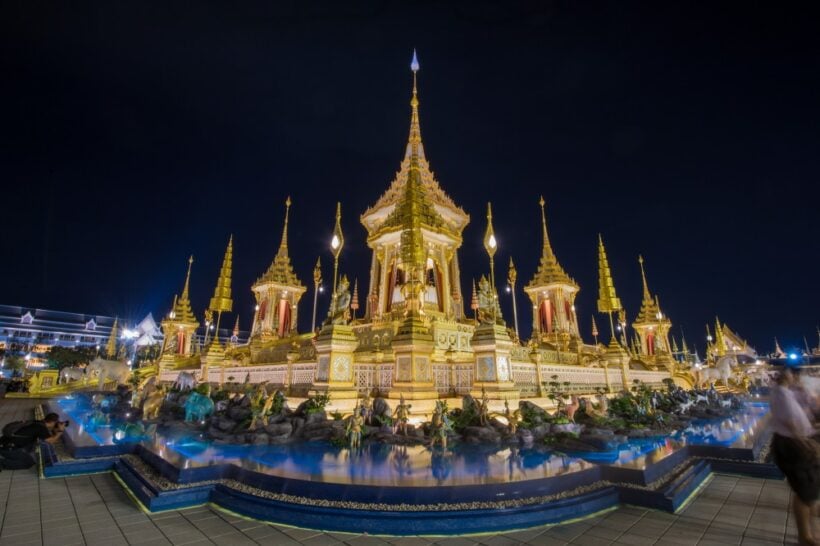 Welcome to your Saturday. A clear, cloudless sunrise this morning across the island but the forecast is for some rain. High-season weather is really trying to breakthrough. Let’s enjoy it! Here’s your Saturday news briefing…

A meeting of the Lancang-Mekong Cooperation has brought together senior diplomats from China, Myanmar, Laos, Thailand, Cambodia and Vietnam. The LMC has identified 45 projects since its first summit in China’s Sanya last year and many of them have made significant progress with strong financial support from China.

The plan, the list of projects and other reports of joint working groups, will be forwarded for final adoption when leaders of the six countries meet on January 10 in Phnom Penh. 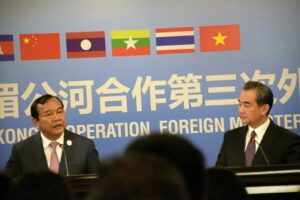 Deputy Prime Minister Somkid Jatusripitak says Thailand aims to establish an aviation centre in the near future in order to cater to the expected growth in the tourism sector. Airbus says they expect the fleets operated by carriers in the Asia-Pacific region will double over the next 20 years, from around 6,100 to 17,000 aircraft. 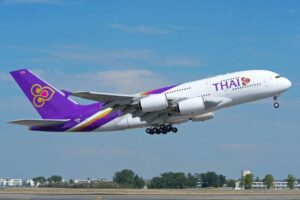 Surat Thani police have had a good year

Police have announced results of a crackdown on a drugs trafficking network in Surat Thani, three hours north of Phuket, resulting in the arrest of 10 suspects and the seizure of 360,000 methamphetamine pills and 8.2 kilograms of crystal methamphetamine or “ice” worth 88.2 million baht, three guns and 100 bullets.

The military-established fact-finding committee has handed down its findings that the death of 18-year-old cadet Phakhapong Tanyakan was not caused by any punishment. The committee, however, confirmed that Phakhapong was subject to inappropriate penalties at the Armed Forces Academies Preparatory School during the 48 hours before his death on October 17.

Phakhapong’s family says the probe results did not provide any new insights. Phakhapong’s elder sister Supicha is vowing to continue fighting for justice over her sibling’s untimely death. She spoke up after the fact-finding committee held a press conference yesterday. 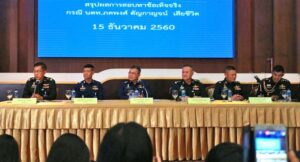 The Phuket Marine Office Chief says there will be a large number of tourists, both local and foreigners, travelling by boat around Phuket’s waters over the high season, creating a higher volume of marine traffic. He held a media conference yesterday to outline all the new safety guidelines for boats and tour groups over the high season and is promising to prosecute any captains or crews that stray from the rules including absolutely no drinking whilst they’re in charge of vessels around Phuket and the islands. 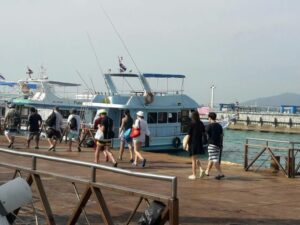 The first section is from Bangkok to Phitsanulok, covering a total distance of 380 kilometres with an investment cost of 280 billion baht.

For the remaining section of the 672-kilometre high speed train route a Japanese spokesperson says the design of the second section from Phitsanulok to Chiang Mai will be started simultaneously when construction of the first section started. 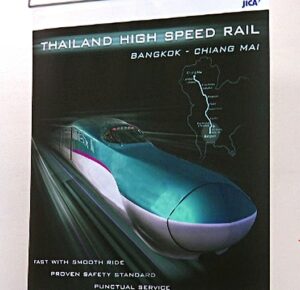 In the petition, they’re submitting as evidence a number of photos circulated on social media showing the deputy prime minister wearing different brands of wristwatch.

Noting that the photos have provided an important piece of information to be probed by the NACC, the Association says it would like the anti-graft body to find out exactly how many expensive wristwatches which are owned by Gen Prawit and whether he has declared them with the NACC or not. 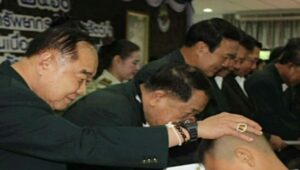 The Fine Arts Department is making preparations to dismantle the Royal Crematorium after its closure for public viewing on December 31 and to move some of the structures to a new permanent exhibition building in Pathum Thani province.

The new permanent exhibition venue is set to be located on a 10-rai plot of land behind the National Archives in Honour of His Majesty King Bhumibol Adulyadej.

The moving of some structures from the Royal Crematorium, including the Songtham royal merit-making pavilion and the Thap Kaset government officials’ pavilion to the new exhibition venue is expected to take about two years to complete.

A word from the cockpit – end of year report