A teen who claimed to have been drugged and raped on Koh Tao in June has failed to confirm the site of the attack, identity of the attacker or how the attack happened while being questioned in the UK, Thai police officers said.

British police also handed over a T-shirt the 19 year old woman wore on June 25, the day of the alleged attack, and forensic tests found the DNA of a woman and a man but no trace of the attacker’s semen, as she claimed. It was not explained, nor was the question asked at the media conference, where the DNA tests were conducted or if the ‘male’ DNA had been matched.

Pol Lt-Colonel Piyapong Boonkaew, who was among Thai officers who went to the UK, said he talked to the woman and showed her photos of three spots on Koh Tao for her to confirm where the incident happened.

“However, she could not identify the site of the attack nor the identity of the attacker. She could not even provide details on how the attack happened. Therefore, due to the lack of sufficient information offered by the woman, Thai police could not proceed with the investigation.”

Photos shown to the 19 year old alleged victim where of three beaches taken during the daytime whilst the alleged rape occurred at night.

Speaking at the same press conference, national police chief Pol General Chakthip Chaijinda said it has been concluded that there was no rape on Koh Tao as claimed by the woman and police considered the investigation closed. 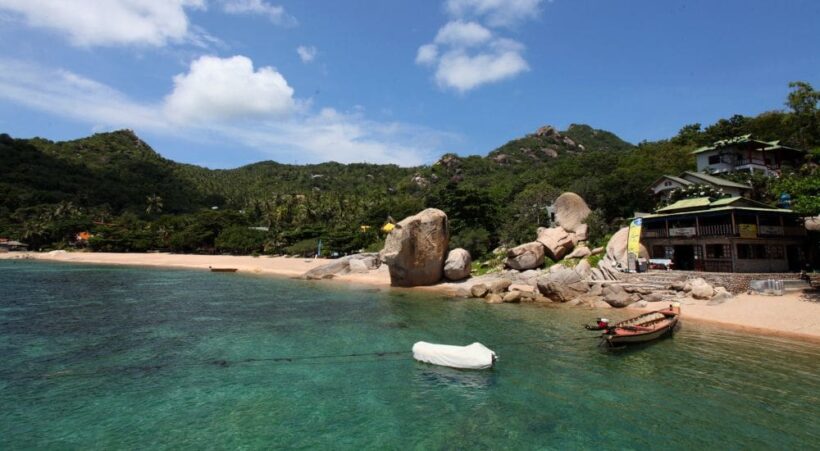 “However if there is any new evidence or the claimant comes to Thailand to provide more information, we will be ready to reopen the investigation,” Chakthip said.

The alleged victim did not file a report with Koh Tao police. Instead, she returned to the UK in early July and reported the alleged rape to her mother, who then lodged a report with local police. The mother gave police a blue T-shirt that her daughter claimed contained the attacker’s DNA.

It was then that Piyapong’s team, which included a policewoman and an interpreter, went to the UK to talk to the girl with the permission of UK police.

Acting Immigration police chief Pol Maj-General Surachet Hakparn said no action would be taken against the woman, even though officials considered it confirmed that the rape report was false.

“The woman did not file any police complaint about the attack, therefore we cannot charge her [with making] a false claim,” he said, adding that Thai police had merely tried to clarify facts as the publicity has tarnished the country’s reputation.

Police did, however, issue arrest warrants for the administrators of two Facebook pages – CSI LA and Samui Times – as well as Facebook users who shared the pages’ information for allegedly distributing false information about the woman’s claim.

FB users who shared the information have been arrested and released on bail, while the administrators of both FB pages are still at large. 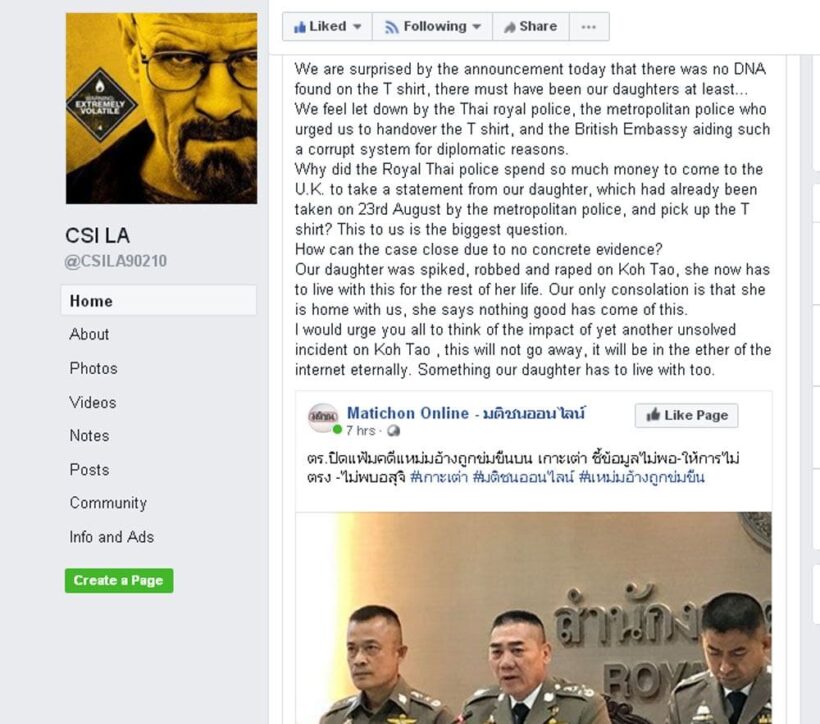