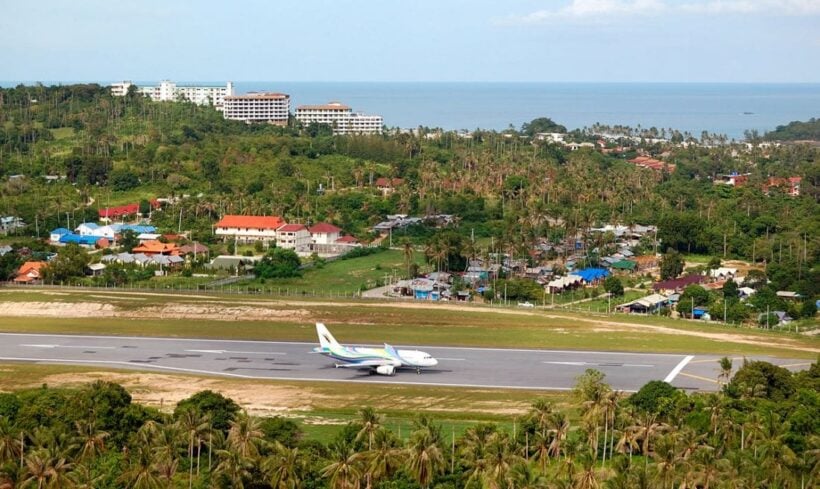 Ten neighbours living adjacent to privately owned Koh Samui airport, unhappy with compensation offers over the noise, have sent up a fleet of kites in protest to blockade the end of the runway.

Soldiers and police were called to Samui International Airport to sort out today’s protest.

Many of the airport’s neighbours have accepted the offer of 50 million baht apiece as compensation for putting up with the noise, rumbling of jets overhead and cracks in their walls, but some feel the persistent aggravation has a higher price.

When the kites went up near the end of the western runway around lunchtime today, the Samui Aeronautical Radio Centre called Borphut police for help. The police in turn phoned the Samui-based 45th Army Circle.

Troops arrived to find the kites still airborne and couldn’t initially talk the protesters into bringing them down. The residents demanded to talk to airport management.

When police and soldiers offered to arrange and mediate a formal meeting at the police station on March 14, the kites finally fluttered to earth.

Enthusiastic Dutch lover gets his marching orders in Koh Samui