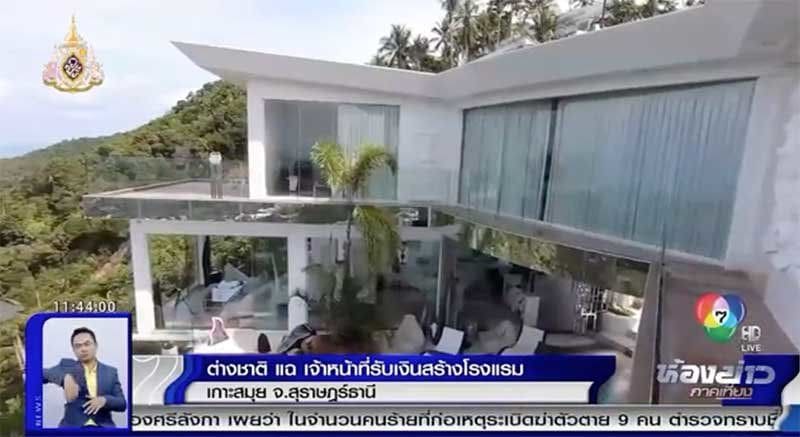 A German man has told investigators yesterday that he paid ‘some Thais’ 800,850 baht after they threatened to shut down his luxury villa during construction. 47 year old Ulrich Schmidt claims he was visited during the construction phase of his Best World Vision Villas project and he paid the ‘tea money’ in the belief it would allow him to operate his business unhindered.

Channel 7 reports that since then he has been renting out rooms and operating the villa as a hotel. But the Samui Hoteliers’ Association says the villa has been operating illegally as a hotel without a license and taking business away from legitimate Thai operators. Authorities from Region 4 went to the property on Chaweng Noi Hill in Bophut, and other allegedly illegal villas in the same area, this week.

The German owner was unable to produce a license, building permit or guest registration books and has since been charged with not having a license to operate a hotel, illegal work practices and not reporting foreign guests within 24 hours.

Mr. Schmidt has been invited to make a formal complaint with evidence of transfer of the alleged 800,850 payment and top whom it was paid. 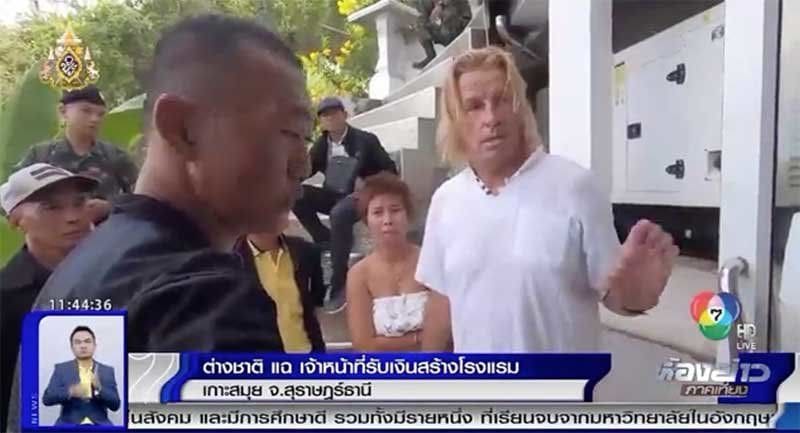 French man nabbed on suspicion of operating a taxi