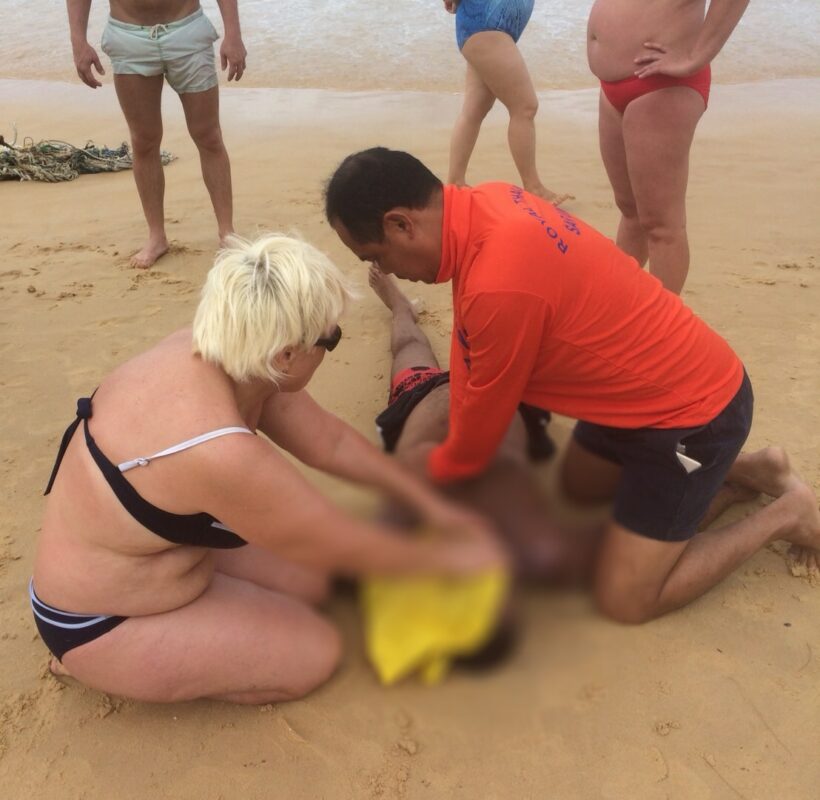 A 42 year old Russian tourist, Parshukov Ole, drowned at Karon Beach this afternoon (October 15). The area of the beach the man was drowning was designated with red flags, deemed unsafe for swimming with big waves and rip currents.

Patong Hospital say that the man was sent to hospital after he was swept by strong waves near Karon Circle. He died at the hospital.

He swam in a red flag zone of the beach where the waves were estimated to be up to two metres high. The rescue team at the beach rushed to take his body from the sea, but he wasn’t breathing. Attempts to resuscitate the man were undertaken on the beach and during his transport to Patong Hospital.

The tragic incident follows a poor weekend for Russians swimming along the west coast of the island with six recued from Karon Beach yesterday and a further three saved off Nai Thon beach by passing tourists. In all cases it appears that the swimmers ignored red flag warnings posted along the beaches.