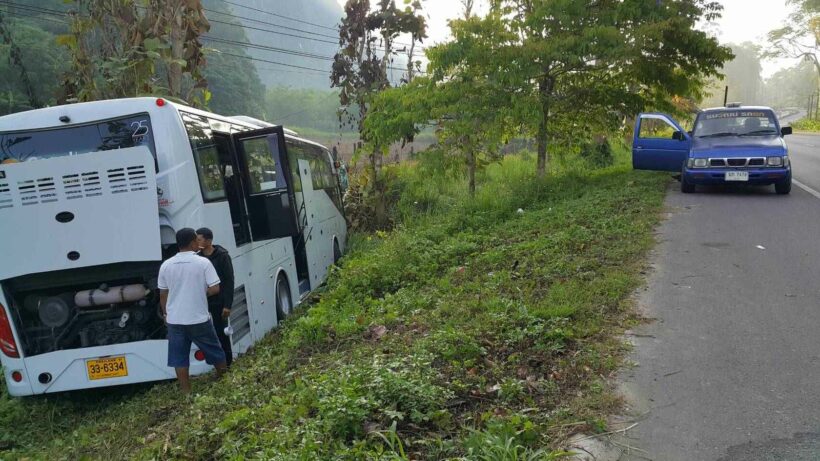 A tour bus transporting 36 Russian tourists crashed this morning (March 16) after trying to avoid a motorcycle, which cut in front of it abruptly, according to the driver.

After avoiding the motorbike, the bus crashed into a tree on the side of the road in Krabi.

Police found that it has fallen into a 1 metre drain and its front windshield was broken. There were three people injured from the bus, including one man and two women. They were sent to Krabi Hospital.

The bus driver, 46 year old Rachane Sawaengsuk, told the police that he was driving the bus from Phuket heading to Krabi Airport. On the way, there were 3 motorbikes racing on the road and one of them moved in front of the bus erratically, making him lose control after trying to avoid the bike. 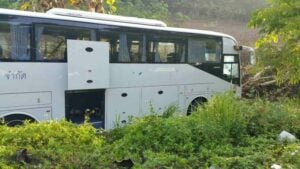 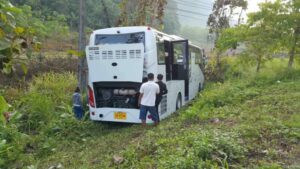