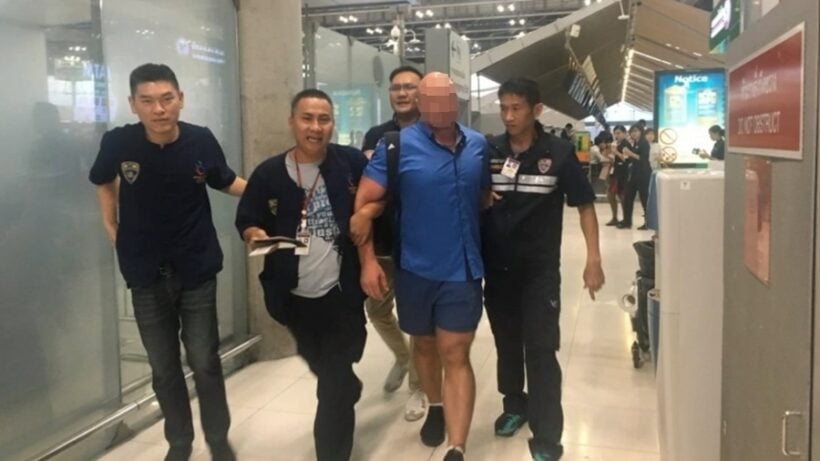 A Russian man has been nabbed at Suvarnabhumi international Airport after Chon Buri police launched a manhunt to find the Russian who allegedly robbed a money exchange booth of nearly one million baht in cash. Police say the robbery took place at a booth in Jomtiem in Sattahip District, Chonburi yesterday morning (Saturday).

After checking the CCTV on site, Police were able to identify a 32 year old Russian Nikolay Rybakov.

The suspect was eventually arrested at Suvarnabhumi Airport as he was preparing to leave the country. Police had alerted Immigration police at the airport and he was easily identified as he was trying to pass through passport control.

Police say that the 32 year old arrived at the kiosk, pretending to exchange money. Then the CCTV footage shows him punching at the female attendant until she falls unconscious. He grabs the money bag, containing almost one million baht, before fleeing on his motorcycle.

Pol Col Althorn of the Chonburi police say that the victim sustained injuries to her face and hasn’t been able to help police with their enquiries.

Police tracked down the suspect’s motorcycle parked inside a house in the Dusit Lake 2 housing estate, Banglamung. But witnesses told police that he had left in a car and didn’t know where he was going.

The Russian has been transferred back to Chonburi for further questioning.