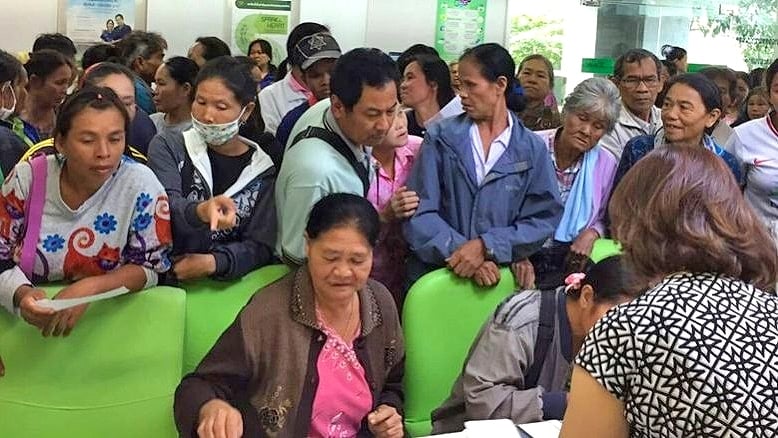 The poor are getting poorer, while the rich are getting richer due to the government’s policy approach to welfare and social enterprise, according to academics who presented at a seminar on civil state policy held at Thammasat University yesterday.

Official statistics show a trend in which the rich tend to get more benefit from the government’s policies than the poor, which is in sharp contrast to the policy’s intent to fight poverty, said Decharut Sukkumnoed, an economics professor at Kasetsart University.

Decharut cited statistics from Office of the National Economics and Social Development Board, which indicated that the number of people below the poverty line increased by nearly 20 per cent in 2015-2016.

Some 5.81 million people lived in poverty last year, defined as having an income below 2,920 baht per month.

“From the statistics, we also found that the number of poor people is on the rise, because the daily expenses of the poor, especially food prices, are increasing.

“But on the other hand their income is getting lower, especially the income of poor people in the agriculture sector,” he told the seminar, sponsored by the People’s Party for Freedom.

In comparison, said Decharut, statistics showed “the richest group of people in Thai society … have increasing income, especially after the coup three years ago”.

Decharut warned that this phenomenon indicated a serious problem in Thai society.

It clearly shows a structural problem in society and that the civil state policies are making the situation worse, he said.
He said the civil state system allowed big conglomerates, which compose the highest income group of society, to get more economic benefit than do the poor from the government’s projects intended to help the poor. The policy is giving the rich an opportunity to take advantage of the poor, he said.

Another academic, Surawit Wannakrairoj, a professor from Faculty of Agriculture of Kasetsart University, pointed to the civil state’s farming policy as an illustration of what is wrong. The policy intends to modernise Thailand’s agriculture and boost farmer incomes, he said.

In practice, however, many policies and laws, such as the big plantation policy or Plant Varieties Protection Act, are instead helping big conglomerates in the agriculture sector to tighten their grip on farmers and force them to use only the conglomerate’s supplies.

Decharut said that welfare does not much help the poor. The government is now facing its biggest budget deficits in modern history, accounting for up to 23 per cent of its total revenues.
He said the government budget was over-spending on many items instead of diverting more funds to help the poor.

One of the key policies championed by the government is to help low-income people whose annual earnings are less than 100,000 baht per year.

A social welfare card system was recently introduced for a total of more than 11 million people nationwide who had earlier registered to get state benefits.

These cardholders are entitled to subsidies on purchases of necessary goods at government-sponsored retail shops as well as free but limited public transport on Bangkok’s Skytrains, subway and buses among other benefits.

Those earning less than 30,000 baht per year will also get vocational training to increase their opportunities to get better jobs as a means to tackle poverty in the long run. 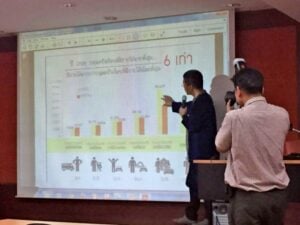