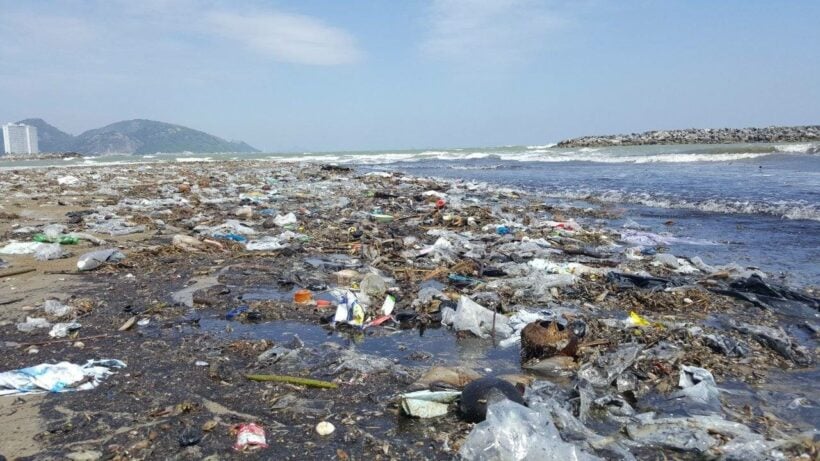 Thailand’s goal to gradually eradicate plastic waste at sea by 80 million to 160 million kilograms a year by 2021, is expected to be affirmed by Jatuporn Burutpat, chief of the Department of Marine and Coastal Resources, at the upcoming Asean and China Sea Waste Reduction Meeting, to be held in Phuket on November 22 and 23.

Jatuporn cited a 2010 study of 192 countries, published in 2015 in a US-based science journal. The study ranked Thailand as the world’s sixth largest contributor of plastic waste enters the world’s seas at 1.03 million tonnes per year.

China, topped the list at 8.82 million tonnes of plastic waste yearly, followed by Indonesia, the Philippines, Vietnam, Sri Lanka, Thailand, Egypt, Malaysia, Nigeria and Bangladesh. Since many Asean nations have a problem with sea waste and had connecting sea-based borders, it was important for the department to help propel forward a regional waste-management plan, said Jatuporn.

The countries need to exchange ideas and their experiences dealing with sea-waste issues, he added, citing Singapore and Malaysia for the quality of their technology and progress in implementing measures that could be shared throughout the bloc. Thailand’s plastic-waste reduction goal is part of the department’s master plan for garbage management (2016 – 2021).

The five-parts of the master plan are to study garbage types, amount and origins to build a database; to reduce the impact of sea waste on key ecosystems; to reduce the volume of garbage by applying academic principles and encouraging manufacturers and product distributors to use environmentally friendly materials; to boost public awareness and participation in sea waste reduction, especially in coastal provinces; and to create plastic-free zones to serve as models for use of alternative materials, Jatuporn said.

Jatuporn acknowledged headlines about garbage washing ashore in Thailand’s coastal provinces and commentary about the country’s lack of effective sea waste management. About 80 percent of sea waste was actually produced on land, he said, continuing that the upcoming Asian meeting is expected to table possible measures to reduce garbage at its origins, in mid-stream, and in downstream areas. He also hopes to hear about measures to boost public awareness so people would separate trash at home for proper disposal.

The rich get richer, the poor get poorer