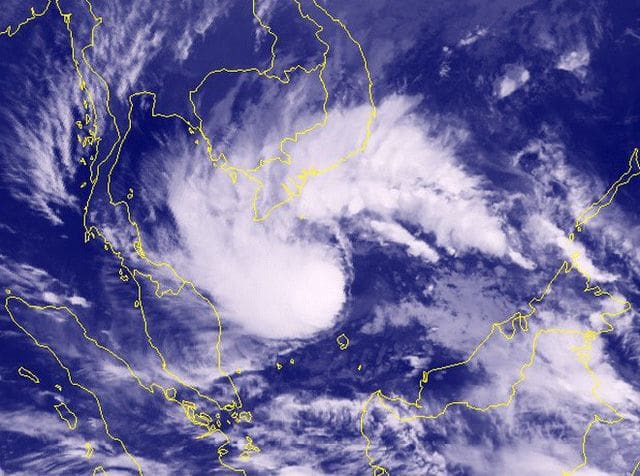 Vietnam has experienced heavy rainfall and strong winds as Pabuk hovers off the southern coast heading into the Gulf of Thailand.

vnexpress.net reports that, as of Wednesday, tropical storm ‘Pabuk’ was stationed around 360 kilometers (223 miles) to the southeast of Con Dao Island off the southern province of Ba Ria-Vung Tau, with wind speeds of up to 75 kilometers per hour.

Over the next 24 hours, the storm is expected to move west-northwest at 15 kilometers per hour towards the southern Thai coastlines.

At 1 p.m. Thursday, the centre of the storm will be around 220 kilometers to the southeast of Ca Mau Province in Vietnam’s southern tip, with wind speeds of 90 kilometers per hour.

The rainfall in southeast region, including Ho Chi Minh City, is likely to range from 40 to 80 mm, while Mekong Delta provinces such as Soc Trang, Bac Lieu, Ca Mau and Kien Giang can expect rainfall of up to 200mm. Rainfall of above 180mm a day is considered heavy.