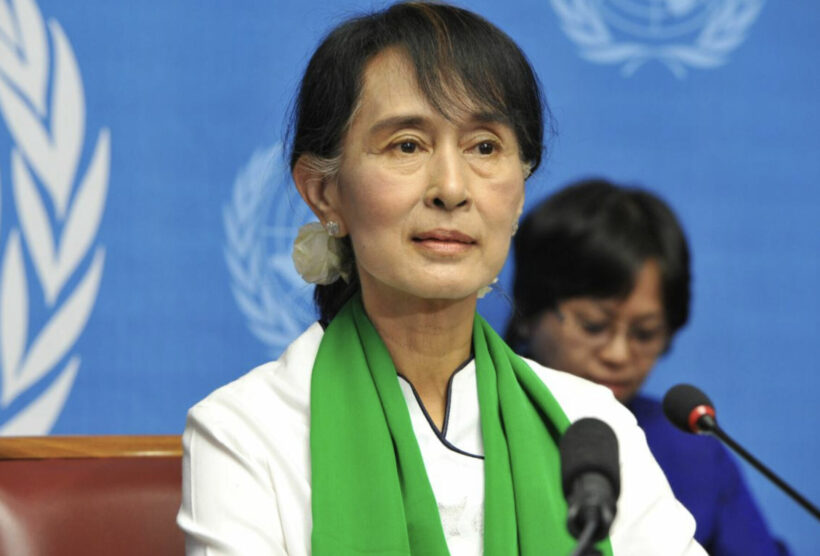 The trial of Myanmar’s detained and ousted leader is set to go on next week. The military arrested Aung San Suu Kyi, leader of the National League for Democracy and a Nobel laureate, in the February 1 coup, saying the reason behind the takeover was due to a fraudulent election. She had won the election for state counsellor in a landslide.

75 year old Aung San is facing a variety of charges, including possession of unlicensed walkie-talkies and violations related to last year’s election campaign. Her legal team says the court proceedings will start on June 14 and end by July 26. The legal team has only been allowed to meet with the former leader twice since she was place under house arrest.  A Myanmar analyst told AFP that the military-backed court proceedings will likely be “a show trial.”

“It’s all about an illegal regime discrediting a democratically elected leader on trumped up charges that would embarrass a tin pot dictatorship anywhere else.”

She is also facing charges of sedition and will appear in another trial set for June 15 with ousted president Win Myint and senior NLD leader Myo Aung, the lawyer told AFP.

The public has responded to the coup with ongoing protests. Many clashes with the military turned violent. Since the coup, a local monitoring group estimates that around 850 people have been killed by security forces.