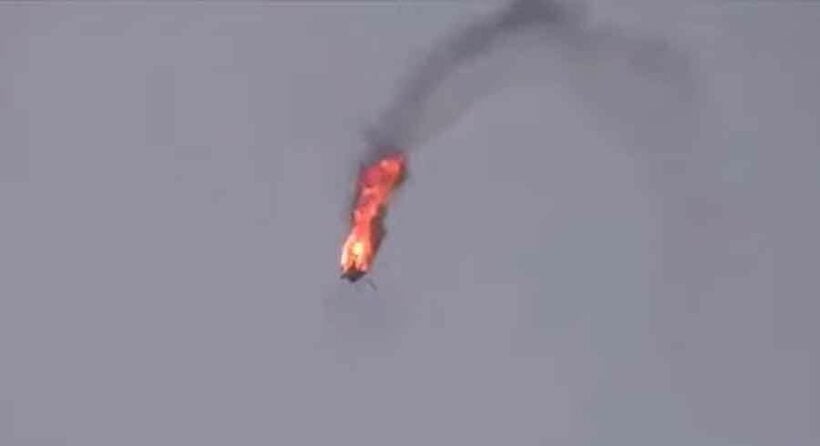 Al Jazeera is reporting that a Burmese rebel group is claiming to have downed a military helicopter in Kachin province. The Kachin Independence Army says it shot down the aircraft in response to military air strikes in the province. Myanmar has been rocked by violence and political unrest since a February 1 military coup that deposed of the democratically-elected government of Aung San Suu Kyi’s NLD party.

Anti-coup protests have continued to take place in the country but if the KIA’s claim is true, the military helicopter is the first aircraft to be downed since the start of the recent conflict. The rebel group says the helicopter was shot down yesterday morning following days of airstrikes on Kachin province.

“The military council launched air strikes in that area since around 8 or 9 this morning using jet fighters and also fired shots using a helicopter so we shot back at them.”

The Burmese military has not commented on the claim and it has not yet been independently verified. However, multiple videos claiming to show the incident are circulating online. According to Scott Heidler from Al Jazeera, the KIA is one of the most powerful armed rebel groups in the country.

“There are many different groups, but the Kachin Independence Army is one that has really kind of been engaged in heavier battles, more frequent battles, with the Army since the coup on February 1. They said it was retaliation for airstrikes that happened overnight Sunday into Monday, and then also on Monday morning. They said they retaliated because the helicopter involved was attacking their positions.”

An anonymous Kachin resident claims that 4 people have died in hospital following the shelling of a monastery. The Burmese army is accused of having killed around 766 civilians to date, including peaceful protesters. According to the United Nations, tens of thousands of people have been forced to flee their homes as violence escalates between the military junta and armed rebel groups.