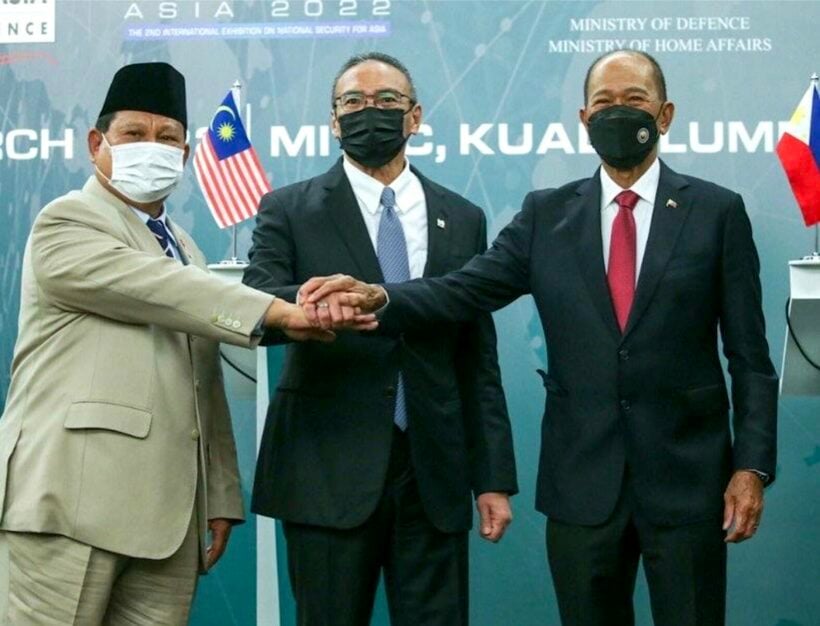 The defence ministers of Malaysia, Indonesia and the Philippines discussed the Trilateral Cooperation Agreement in Kuala Lumpur on Monday. Credit: Indonesia Defence Ministry

The seas of Southeast Asia are getting safer, after joint naval patrols in the waters of Malaysia, Indonesia and the Philippines have successfully deterred piracy in the region.

It all comes down to a Trilateral Cooperation Agreement, or TCA, in which the nations pledged to conduct joint anti-piracy patrols in their waters and share information. The result has been a significant reduction of kidnapping in waters where it was once notorious. Last year, there were zero abductions in their seas.

At the Defence Services Asia trade show in Kuala Lumpur, the defense ministers lauded the zero-abductions statistic as a sign that their anti-piracy efforts are working. The three countries signed the TCA in 2017, at a time when Islamic militants in the Sulu and Sulawesi seas were launching pirate attacks and kidnapping people.

Speaking at a joint press conference with Indonesian and Philippines’ defense officials on Monday, the Malaysia Defence Minister Hishammuddin Hussein said last year’s no kidnapping cases signaled the success of their joint efforts to prevent piracy in the seas.

“I would like to emphasise that the TCA has been, and is, crucial in acting as a deterrent against crime-terror acts in the Sulu and Sulawesi seas… Proof of its success is the zero incident of kidnapping-for-ransom reported in the year 2021. We have shown the world that strong regional security cooperation is the way forward.”