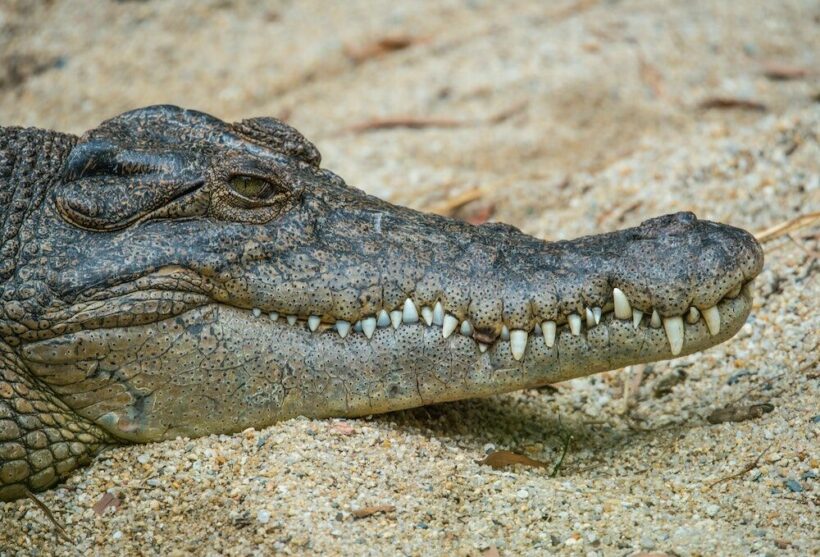 A villager in Indonesia was about to free a crocodile of a motorbike tyre that had been stuck around its neck for more five years. Since 2016, conservationists have been trying to capture the crocodile to free him from the tyre, but had not been successful. But this week, a villager from Sulawesi island in the east of Borneo, along with dozens of other villagers, caught the 5.2 metre long crocodile and cut the tyre before releasing it.

The latest rescue effort took three weeks. A 34 year old bird-seller, identified as Tili, snared the reptile used chicken as bait and ropes to catch the saltwater crocodile. Dozens of other villagers assisted in dragging the crocodile to shore and cutting the tyre off its neck.

He told AFP that he just wanted to help the poor creature because he couldn’t stand seeing animals caged and suffering, adding that his first two attempts to save it failed because the ropes were too weak to handle its weight. He switched to nylon ropes used for hauling boats and outsmarted the authorities since they lacked the necessary equipment for such a rescue mission. The crocodile was immediately released back into the river after the rescue.

Conservationists suspect the tyre was placed around the croc’s neck on purpose in an unsuccessful attempt to capture it as a pet in the archipelago nation, which is home to multiple species of the animal. The crocodile made headlines in early 2020 when the local government offered a reward to anyone who caught it and removed the tyre, but the contest was eventually cancelled due to concerns that it could threaten the reptile’s safety.

Tili, on the other hand, is in line for an award when his bold strategy pays off according to the local conservation agency.