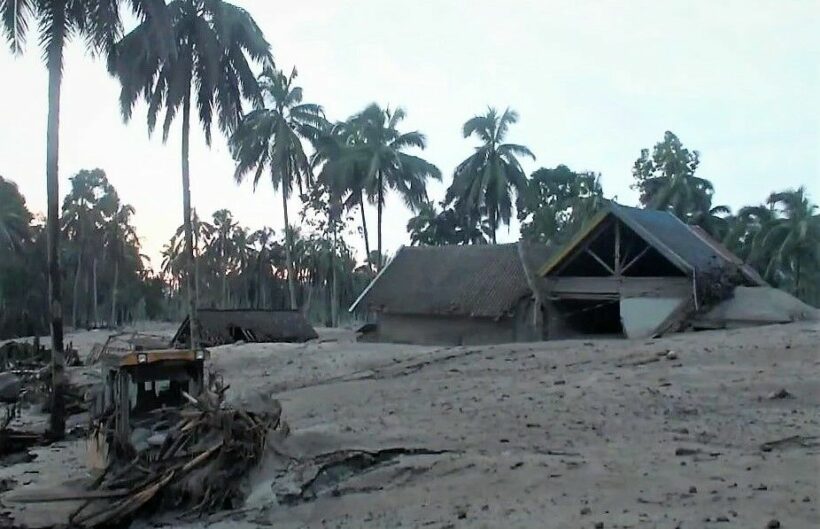 Rescuers say the discovery of an additional 4 bodies, and another victim who died in hospital, take the tragedy’s death toll to 39. At least 12 people are still unaccounted for, according to Indonesia’s search and rescue agency.

Villages have been left covered in a blanket of ash and over 4,000 people have sought refuge in temporary shelters, including mosques and schools. Medical workers in the district of Lumajang say many people are suffering with chest infections, coughs, and diarrhea, while others are overwhelmed at having survived and being together with their loved ones.

In one shelter, 45 year old Sutimah expresses her relief that both she and her husband managed to escape the flow of lava just in time.

“My husband was working as a miner. If he had run away seconds later, he would have been killed. His colleague, a truck driver, was swept away by the mudflow.”

According to the AFP report, rescuers continue to search for more bodies, despite the threat of further volcanic eruptions. The conditions in which they’re working are dangerous as they search for bodies that could be buried in the rubble of collapsed houses or deep under the mud. Indonesia’s volcanology agency has warned the public to stay away, saying the threat of more volcanic activity remains.

Indonesia has around 130 active volcanoes. Its location on the Pacific Ring of Fire means the country experiences frequent seismic activity caused by the shifting of continental plates.

Bali is open, but only 45 international tourists have visited this year