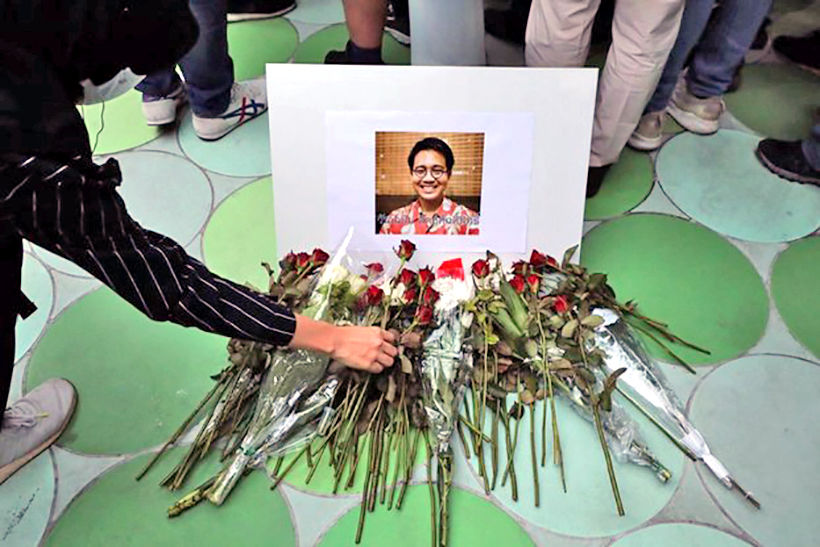 The alleged abduction of Thai activist Wanchalearm Satsaksit in Cambodia, and the inaction and apparent lack of interest on the part of both governments, has left people around the world to demand urgent action by writing a petition to Cambodian PM Hun Sen calling for an “effective, thorough and transparent” investigation into the disappearance.

It also urges people to demand that the International Convention for the Protection of All Persons from Enforced Disappearance, to which Cambodia is a signatory, be respected.

Wanchalearm is one of 9 Thai activists who sought sanctuary in neighbouring countries after the coup in May 2014 and have been missing in recent years. The remains of two of them were discovered packed with rubble in the Mekong River in 2018.

The human rights monitor has also expressed concern about the possibility that the governments of neighboring countries, including Cambodia, have been colluding with Thailand in recent years to compel the expulsion of political activists who risk human rights abuses if they expulsion. These include Cambodians fleeing persecution for exercising their right to freedom of expression.

It also states that neighbouring countries, including Laos and Vietnam, have not exercised due diligence in investigating the pattern of abductions of Thai nationals whom Thailand has sought to extradite.

The 37 year old Wanchalearm was reportedly abducted from Phnom Penh Street on June 4. His sister says she spoke to him on the phone around 4:30 pm when she heard him say, “I can’t breathe,” and the line went abruptly silent.

Security footage reportedly shows a black Toyota Highlander SUV speeding out of its condominium at about the same time. Like other missing activists, the whereabouts of Wanchalearm are unknown. No ransom request has been made.

Wanchalearm faces sedition charges in Thailand, the most recent filed in 2018 under the Computer Crime Act, alleging that he had posted anti-government material on a Facebook group called “Gu Tong Dai 100 Lan Jak Thaksin Nae Nae Nae Nae” (I will certainly receive 100 million from Thaksin).

Wanchalearm’s Facebook profile states that he is in exile because he supports democracy.