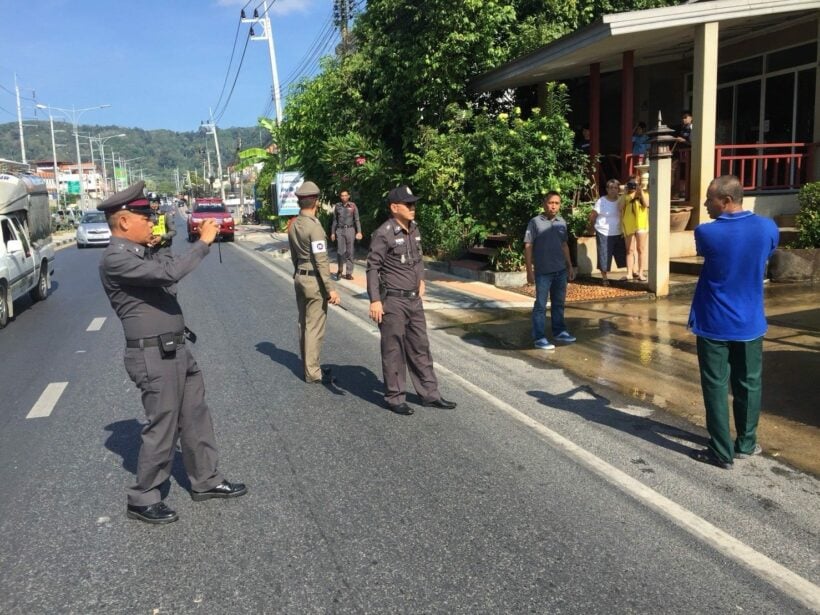 Wichit Police brought the 46 year old ex-husband murderer (he has confessed to the crime), Winit Kumkrong, to the crime scene for a re-enactment this morning (March 9). He said that his ex-wife tried to drive over him with the car which, he says, was the motivation that led to the murder.

“After checking the CCTV camera, we could confirm that the murderer was Winit. We followed him to a rented house in Chalong and found his mother. She said that he had already left the house. He called her after leaving saying that he stabbed his ex-wife and was traveling to Bang Toey Sub District in Phang Nga to a relative’s house,” said Wichit Police Station Superintendent, Pol Col Nikorn Somsuk.

“We followed him to the house and took his mother along as well. We found him in front of the house with his motorcycle. He confessed everything. After questioning he said that he was angry because his ex-wife tried to hit him with the car, making him fall from his motorbike which, he claims, is when she lost control and hit the electric pole.

“He said he went to pull her out of the car then stabbed her many times before she tried to run away and call for help. He says he threw the knife in Bang Toey Canal in the same area already.”

However, the CCTV camera footage shows that his wife just parked on the roadside before he rushed to the car, opened the door and tried to pull her out. She tried to drive away but hit the electric pole before being repeatably stabbed by Winit.

The Superintendent said that the murder might have been driven by ‘stress’ as he had just broken up with his wife as well. Police claim he had tried to commit suicide once before. The couple have children together and he has a lot of debt, according to the police. Just before the incident his wife had called him to talk about money. 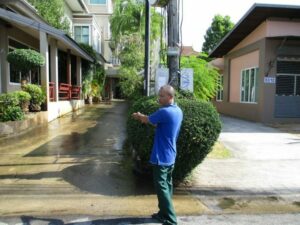