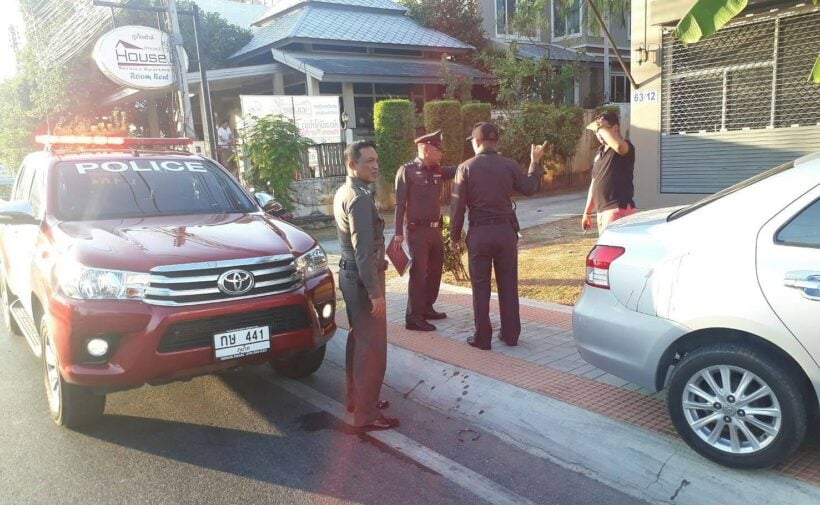 The ex-husband of a head maid stabbed her in the the street almost 10 times in the middle of a crowd in southern Phuket Town.

Police found the dead body of 47 year old Lamai Chokkuea, the head maid of a cleaning company, in her uniform with many cuts from a knife, including 4-5 wounds on her neck, 1 on her forehead and another one under her left breast. Her body was sent to Vachira Hospital for an autopsy.

Police continued the investigation at the scene where she was first attacked and found her bronze Toyota car on the footpath near Dowroong School. The car had hit the electric pole and side road bushes. Police found drops of blood from there all the way to the 2nd floor of the apartment where they found her body, which was not far from the car. Along the way, police also found a black helmet dropped on the floor.

After checking CCTV cameras from the shops nearby they found that the woman was driving the car and the man rode a motorcycle, cut in front of her, parked the bike and went straight to the car, opened the door and attacked her. She tried to drive away but the car lost control and hit an electric pole, she got out of the car and ran away.

He followed her and stabbed her many times. She tried to run to the apartment to ask for help but she died on the second floor.

The attacker fled the scene on his motorcycle.

“She left from her workplace which is 200-300 metres away from the scene. He recklessly attacked her and stabbed her even though there was a lot of people around. We checked the CCTV camera for the route he fled and the son of the female victim saw the helmet dropped at the scene and confirmed that it belongs to his father, who broke up with his mother 2 months ago,” said Wichit Police Station Superintendent, Pol Col Nikorn Somsuk.

The police arrested the ex-husband at 9.30pm in Phang Nga. He confessed to the homicide and said that he’d already thrown away the knife in the Bang Toey canal (in Phang Nga). He was taken to Wichit Police station for further questioning. 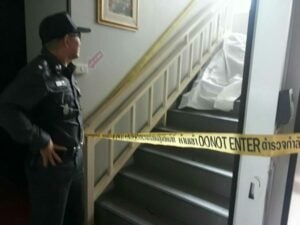 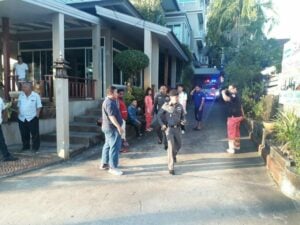 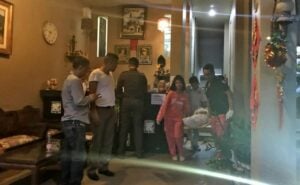 Briton dies on bus from Bangkok to Phetchabun