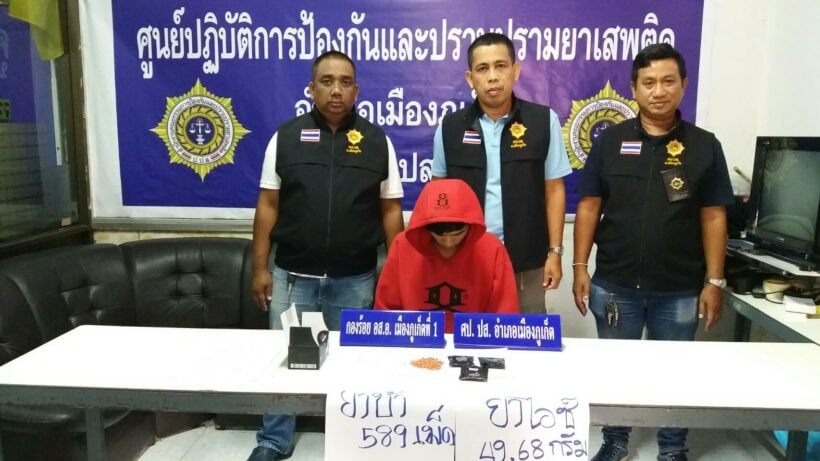 The arrest follows a report from an undercover officer in the Ratsada area who had followed Khun Wanchana for a while and discovered he was trafficking drugs to the locals on a regular basis; the officer then tried to buy drugs from Wanchana and made an appointment in front of a convenient store at a gas station in Chalong,. He was arrested when he arrived. Police found drugs hidden in a paper box he brought with him and then more at his house.

Wanchana confessed possession and the selling of drugs. He’s now assisting police with their further enquiries.

The arrest follows a number of similar stings this week in the Ratsada area, to the east of Phuket Town.