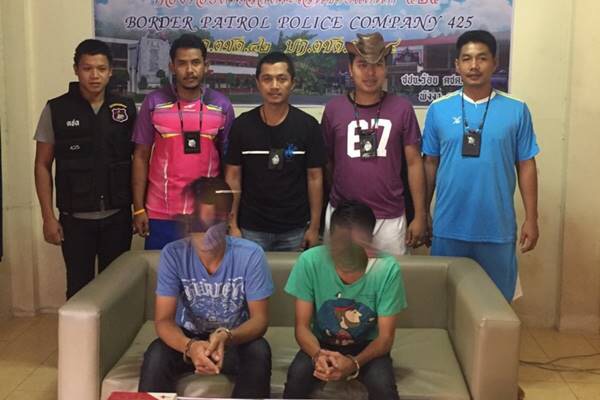 Border Patrol Police are searching for a third man, named only as “Gong”, implicated by one of the two suspects, after the arrest of 23 year old Teerasak “Dome” Somwang and 33 year old Non Rittichai, a Nakohn Si Thammarat resident, with one kilogram of crystal meth valued at 2 million Baht.

The arrests follow an investigation by an undercover police officer in the area of Prachasamakkee Road in Ratsada. The officer found that Non was in possession and selling drugs in the area regularly. On August 13, he brought one kilogram of meth to Teerasak’s house. Early on August 14 police arrested Teerasak and he confessed that his friend kept the drugs on the second floor of the house in a shoe box.

The two men were wrapping the drugs in adhesive tape, foil and then disguising the packages as local tea bags.

Non was arrested later in his house in Thalang following Teerasak’s confession. He is denying the charges of possessing and selling the drugs and claims that the drugs belong to a man named “Gong” who passed the drug to him earlier. 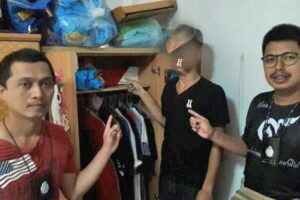 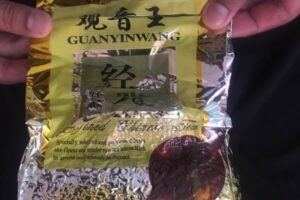