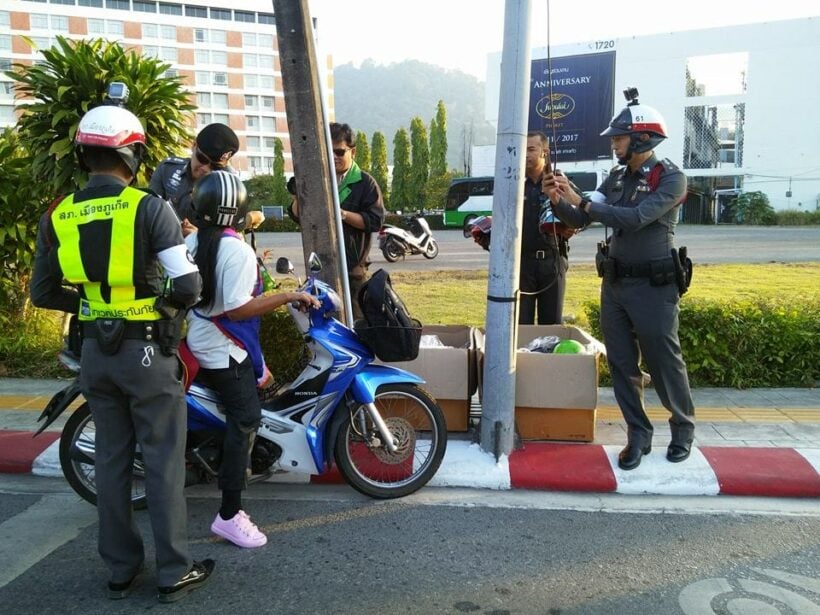 A national road safety committee is pushing for a new points system that can be applied to drivers licenses as part of an effort to force better standards of driving and provide a blunt reminder of the importance of road safety. Under the points system, motorists who commit traffic offences will loose points from a starting total of 12 points. Points will be deducted, depending on the offence, and then a total suspension from driving for a certain period of time when the points are used up.

The amendment to the road traffic law, an amendment that has been mooted twice in the last two years, was unveiled following a meeting of a national committee on the prevention of road accidents chaired by Deputy PM Prawit Wongsuwon.

The Committee has reported that the amendment draft is now being examined by the Council for State to be forwarded to the Thai cabinet for consideration at a forthcoming meeting.

According to the proposal, the suspension period can be made longer for motorists who are serial traffic offenders. Under the scheme they would eventually lose their driving license unless their driving behaviour improved.

Each motorist will start with a total 12 points when the system is put into operation. Real time updates will be provided to the police on how many points a motorist may have lost at any given time.

Failure to pay fines will see even more points deducted. For example, a speeding offence wold have one point deducted but further points would be deducted if they failed to pay the fine.

Organisation, administration and enforcement of the scheme would be the biggest barrier to the successful implementation of the scheme, given the past lax and ‘lumpy’ enforcement of current road laws. Traffic tickets are now computerised and kept in a central data bank allowing for the points system to be implemented.

3 Women arrested after picking up drugs parcel in Phang Nga