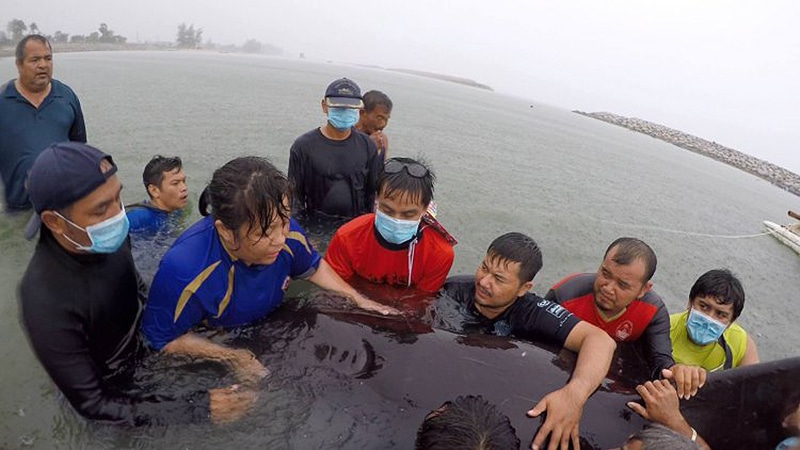 A pilot whale has died in Songkhla after being cared for by a team of vets and villagers over four days. What they found in a subsequent autopsy shocked everyone.

The 4.5 metre pilot whale beached itself on the shore in the Chana district of Songkhla on May 29. Villagers and veterinarians from the local marine and coastal resources centre relaunched the beached mammal and then put it in a stretcher – still floating in the water but also preventing it from drowning.

“May 31, I got up between 2-3 am to change shift with Mor Big (a vet) from the marine and coalstal resources research centre in Phuket.  Mor Big told Mor Aeh, another vet, who was resting in a tent that the whale’s condition appear to be improving.” – ThaiWhales’ Facebook page

But they could not save the beast.  Four days after, it died.

“An official observed the whale’s breathing and didn’t feel it was breathing for up to 10 minutes. Another official then shouted to report that he didn’t feel the pulse of the whale. CPR was later administered using a special device. A few more CPR were administered, but life signs didn’t return.” – ThaiWhales’ Facebook page.

Vets later conducted an autopsy and cut open the whale’s stomach where they were shocked to find 85 plastic bags in the whale’s stomach. The bags weighed eight kilograms. Vets believe the plastic refuse was the cause of the pilot whale’s death. They report that dead dolphins and sea turtles have also been discovered along the coast with large amounts of plastic bags in their stomachs as well. 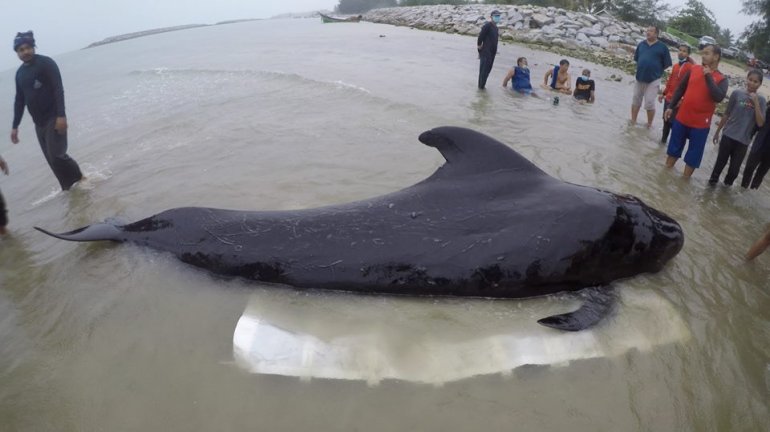 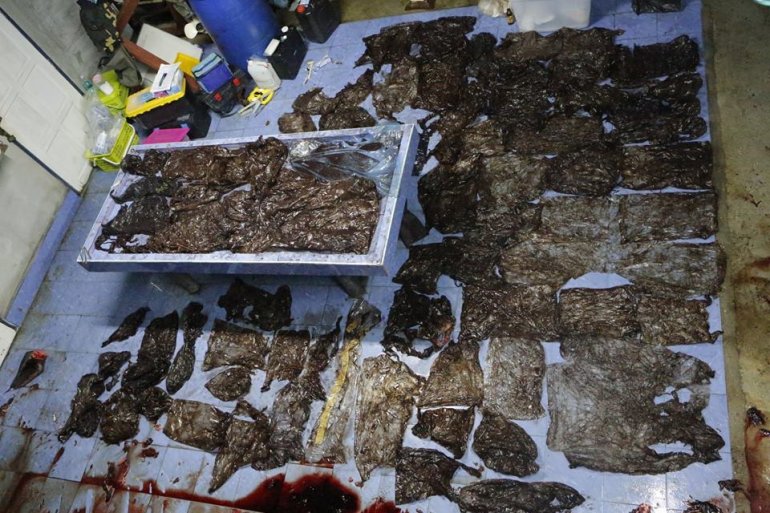