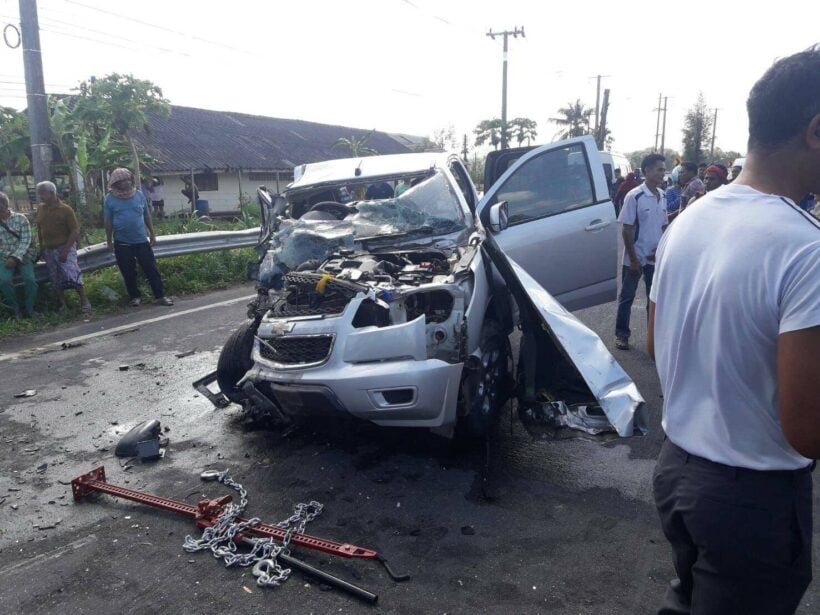 The accident occurred at Namkhao-Koh Lanta Road, where police and rescue teams found the Chevrolet pick-up badly damaged from its front all the way to the driver seat. About 20 metres away, a van with Trang province license plates, was flipped in the drain on the side road with its front and sides damaged.

The driver of the pickup truck, 50 year old Niran Kan-Iad, was severely injured and died later. 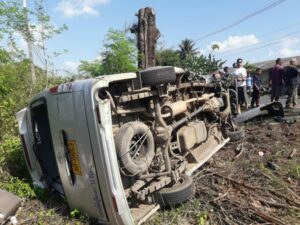 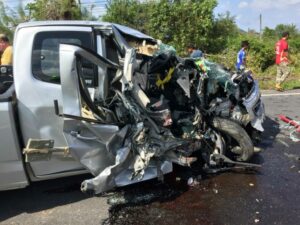 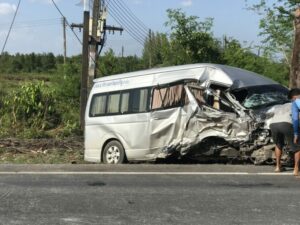