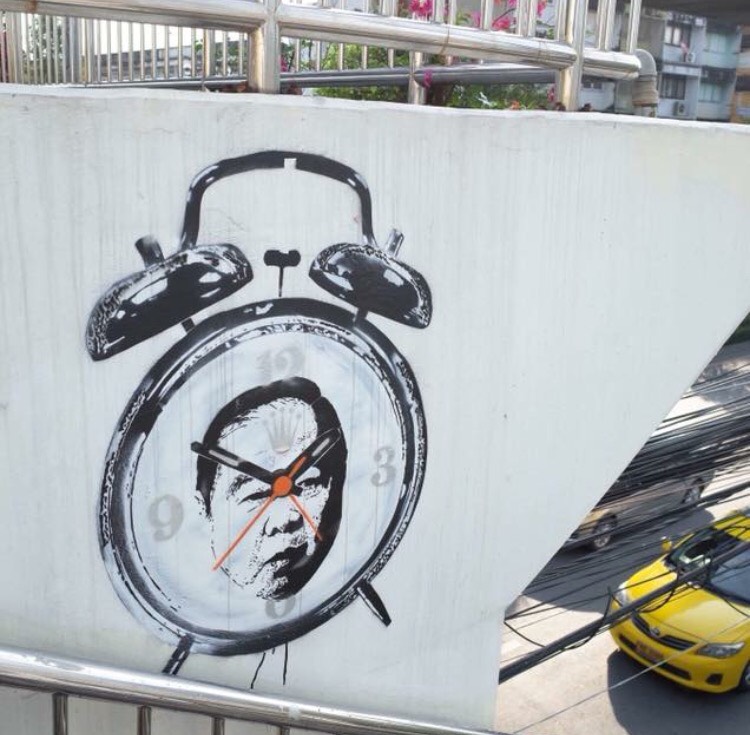 The Junta could have shot itself in the foot after an online information operation targeting websites and social media has been revealed. Analysts say “this casts the Government’s credibility in a bad light, which could eventually lead the public to lose trust in the military government”.

The military has been thoroughly embarrassed in its attempt to distort a poll held by the whistleblower Facebook page CSI LA, which played a major role in exposing Deputy Prime Minister General Prawit Wongsuwan’s possession of luxury watches.

The poll asked netizens whether they wanted Prawit to resign after the general made a pledge last week, saying “if the people don’t want me, I’m ready to leave”.

During the first days after the poll was posted on the CSA LA page, the result was clear as tens of thousands of online voters said they wanted Prawit to leave. Then over the weekend, the numbers changed dramatically, showing more people wanting him to stay. However, the page administrator, who claims to be a data scientist, has reported irregularities in the data demonstrating that votes in favour of Prawit had come from the same computer network and users had voted multiple times.

In addition, screenshots of an online conversation were posted on the page in which junior officials explained to the page administrator how soldiers had been ordered to vote in the poll.

Almost as soon as Prawit made his comments last Wednesday offering to resign, several sites – including the Teenee Thai PBS news programme on the public broadcasting channel Thai PBS – launched online polls asking people to cast votes on whether the deputy prime minister should stay in office. The online poll results indicated a clear majority wanted Prawit to leave office.

The Thai Junta number-two has made no comment about the polls so far.

The disclosure of the operation targeting the CSI LA Facebook page has led many members of the public to conclude that it was an attempt to save Prawit and his position in the Cabinet, with an often repeated view that “the regime’s desperation” has become another joke.

The deliberate manipulation only reflected the regime’s ignorance of and inability to keep up with the changing world, said political critic Sirote Klampaiboon.

“When they act on the Internet or social media, there are always footprints that are traceable,” the political scientist said.

“And when people find out that it’s all made up, their feelings can turn to antipathy.”

Sarinee Achavanuntakul, a key member of the Thai Netizen Network, said she also saw the operation having an adverse effect for the junta government, which had “only made a fool of themselves after being busted”.

“That is the case now more than ever as the government’s popularity is in decline. More and more questions are being raised about corruption and the election,” she said.

“They have to go hard on ‘information operations’. But it is difficult to distort the truth or say that the criticism (of the junta) isn’t true.

“Consequently, they were forced to use old tactics, like attacking the previous government. And it doesn’t look good. Everything just goes further south for them,” Sarinee added.

“For one thing, the case showed how the military’s mentality focused mostly on warfare, she said, questioning in this case who the “enemy” was. “Is it the people”?

“Then taking to the Internet and distributing all these half-truths, in an operation funded by the taxpayers’ money, to fight against who exactly?”

“And given that the military was already viewing the Internet activity negatively and as being deceitful, operations that relied on propaganda only worsened the situation”, Sarinee said.

Meanwhile, Army spokesman Lt-General Kongcheep Tantrawanich denied speculation about the issue on Saturday, saying if poll respondents really were soldiers, the number would have been in the hundreds of thousands, given the total number of soldiers across the country.

Given the “dignity of the military”, it was unlikely that it would do such a thing, he added. 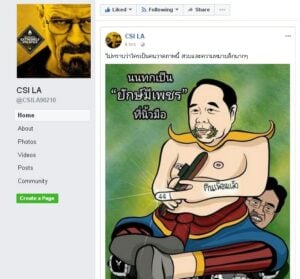