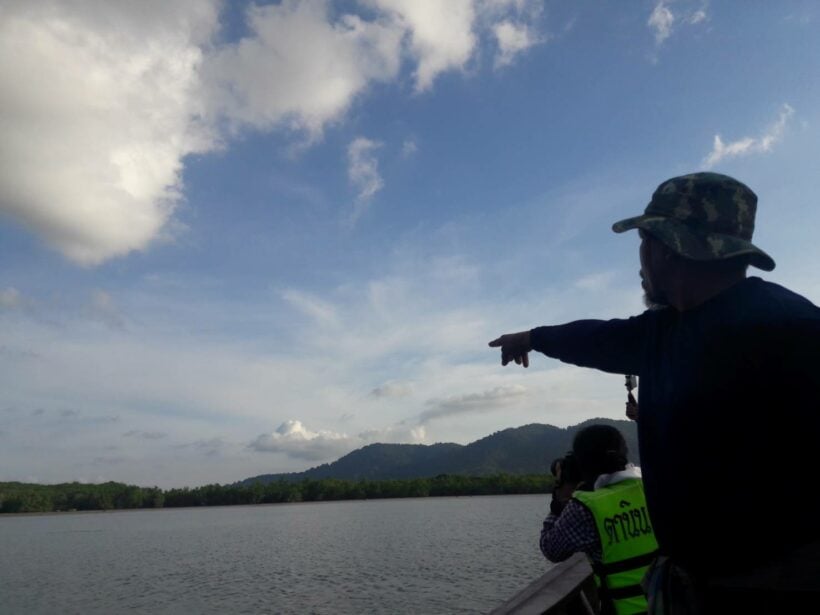 The issue of potential damage to coral reefs has been raised after local residents near Koh Hei, in the Ao Kung area of Paklok, has been brought up with the Phuket Governor today.

Along with conservationists, they worry that there will be damage to the coral if construction of a marina is started along with the dredging of a channel for boats to access the new facility.

Yesterday (May 16) a team of officials led by Phuket Governor Norraphat Plodthong was checking the area in front of Koh Hei – a mangrove forest where a population of red and staghorn corals are found.

Governor Norraphat says, “We found that the marina construction license has not been submitted to the Marine Department yet. They have only submitted documents to the Office of the Natural Resources and Environmental Policy and Planning (ONEP) to conduct an Environmental Impact Assessment (EIA).”

This area is in the responsibility of the Department of Marine and Coastal Resources. There will be many steps along the way, even after the public hearings are completed.”

“Being a professional and well-serviced maritime hub is one of Phuket’s main strategies to support marine tourism but the investment must follow the law. The project must not destroy natural resources.”