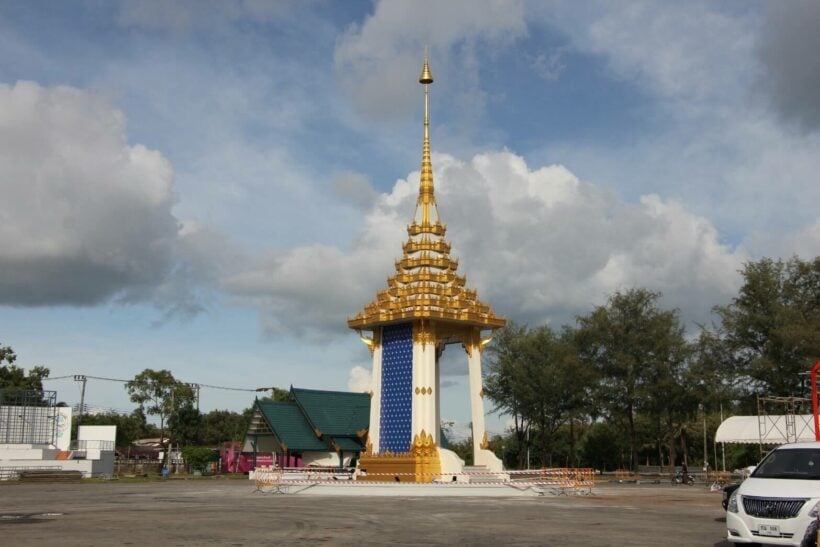 He explained that the ceremony will be set in 3 zones; the closest zone inside is where the wooden flowers and pyre model are placed, the second zone is the gymnasium of 4,000 seats which is where attendees are screened before getting inside. In this area people can get food and drinks, while the third row is outside of the ceremony area which is the rest of Sapan Hin Park where the additional attendees will be able to participate.

“The rehearsal will take place on October 22 from 9 am onwards. The volunteers will gather at the ceremony area to verify the various tasks they will be undertaking on the day. The complicated and sensitive tasks will be handled by those who have been participating in the rehearsals and the rest of the task will be spread to other volunteers,” said the Governor.

The Governor added that there will be a large number of people attending the ceremony on October 26. Whoever would like to support the volunteers with refreshments can contact the Bureau of Local Goverment, Phuket Office 08 1766 9505 (Khun Sumalee) or 08 8753 1868 (Khun Waraporn). (Dry food that is easy to hand around is preferable).

On October 26, the Cremation Day, the Governor is asking for cooperation from all attendees not to bring their personal vehicles in the Saphan Hin area. There will be 4 pick-up and drop-off points including Tesco Lotus (Samkong), Sanamchai Field, Suan Luang Park and Srinagarindra the Princess Mother School, Phuket.

Those who live in other districts on the island can join the ceremony at their local venues including Ket Ho Temple in Kathu District and Manik Temple in Thalang District from 9 am onwards where a ceremonial arch for giving the wooden flowers will be set. Men and women will have to wear appropriate black clothes and black shoes to pay their respects to the Late King at all venues. 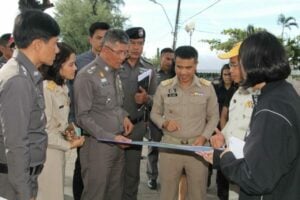