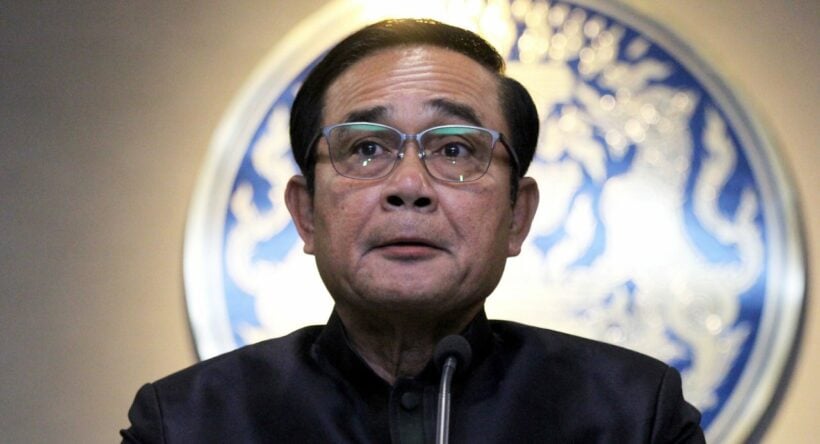 PM General Prayut Chan-o-cha yesterday announced firmly that the election would be held in November next year, following a previous indication that it would be in June 2019.

“For this [election] part, it was said that it would be around June 2018 that there will be the announcement of the election date, and then in November, there will be the election,” Prayut said after meetings of the Cabinet and the National Council for Peace and Order at Government House.

Asked whether this follows the “road map”, the premier reiterated: “Yes, I told you that the election will be held in November.”

It is the fifth alternative of the junta’s so-called “road map to democracy” since Prayut’s military-installed government came to power in Thailand in 2014.

The junta has lately remained tight-lipped on spelling out a clear election timetable, citing several factors, including complicated charter drafting and amendments, the enactment of complicated organic laws and the late King’s funeral, all of which it said had contributed to changes in the planned date.

Critics suspect that the junta has taken those factors as opportunities to push out the election date while they prepare to build long-binding governing mechanisms, such as the 20-year national strategy.

During his trip to the US last week, Prayut made another promise, assuring US President Donald Trump that the election date would be announced next year. Their joint statement also suggested free and fair elections in 2018.

When he met with the Thai community during his visit, however, he told them that the election should take place in 2019, many months later than the junta-appointed legislators had projected following the latest road map addressed in the new charter. This prompted confusion over the road map and the coming election.

Foreign Minister Don Pramudwinai said that Prayut’s remarks were not obligatory, as he had merely “updated domestic situations” during a joint press conference.

Parties told to calm down

Government Spokesperson Lt-General Sansern Kaewkamnerd explained that the new timeline follows the one calculated by Deputy Prime Minister Wissanu Krea-ngam according to stipulations in the current charter.

Regarding the four organic laws essential to hold an election, the two laws on the Election Commission and political parties were already promulgated and the other two, on the election of MPs and the selection of Senators, are due to be considered by the National Legislative Assembly (NLA) next month.

When including extra time for amendments to the bills, the election date should be able to be settled by next June, the spokesperson said.

Since the charter says that election must be organised by 150 days, or around five months, after the organic laws are in effect, the election must be held in following November, he explained.

Prayut, meanwhile, urged political parties to calm down, adding that restrictions on political activities would be subject to debate. He said that the NCPO had acknowledged the issue at the meeting.

Deputy Prime Minister General Prawit Wongsuwan, however, asked for time to consider lifting the ban on political activities, as he wished to deliberate the most appropriate time to do so. He would prefer to see this month completed first before coming to a decision, he said.

Prawit said he had no idea what conditions would follow the lifting of the ban, but one thing was certain: that political gatherings would still not be allowed following such a move.

He said political parties would still have time, either 90 or 180 days as stipulated under the new political party law, to prepare for the coming general election – a period he considered long enough. The lifting of the ban would definitely come in time for parties to work things out ahead of the election, he said.

The NCPO discussed the matter yesterday and speculation about the date of November 1 for lifting the ban on political activities was unfounded, Prawit said.

Reports that Yingluck has asylum status in the UK