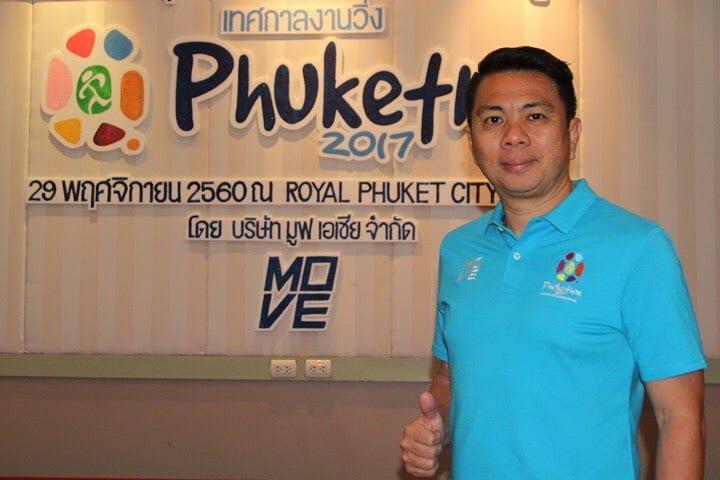 The exciting running event – marketing itself as ‘Asia’s major running festival’ – Phukethon 2017, is being held on December 8-10 with plenty of running categories from fun run to full marathon at Sapan Hin Park.

The event’s director of competition from Move Asia, Boonperm Intanapasat, says that there will be 3 distances – 42.19km full marathon, 21.1km half marathon and a 10km mini marathon.

“Each distance is located on challenging routes, especially the full marathon that includes a 20-25 degree slope in one part. Its highlight is the half way turning point which is the route from Rawai up the hill to Cape Promthep, 200 meters above the sea level.”

Khun Boonperm noted that apart from the 3 running distances at the Phukethon, there will be other fun activities including a 5km Jelly Beach Run and Colour Fun Run with 3 distances of 1km, 2km and 5km on December 9.

The new Phuketathon eclipses participation in the annual Laguna Marathon which this year attracted 7,000 runners.

Khun Boonperm explained that 46% of the registered runners are women while 25% are local Phuket people, 13% are from 13 other provinces in the Southern and 8% are foreigners. The rest are from other regions of Thailand. 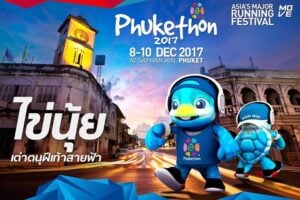 “There will be plenty of activities for the three days as well. More than 100 booths of sports products will be set up around the event with a music festival and a big selection of foods to complete this world class running event.”

“We are now 80% ready and everything is still going as planned. We have set the running lanes alongside traffic lanes by marking the lanes and using cones which is flexible for road users and will keep the runners separated from the traffic. The only time the road will be completely closed is at the start 3.30 am.”

“For additional safety along the running route we have prepared medical teams from Phuket Provincial Public Health Office that are working with four hospital across the island.

“We have briefed staff and university students to take care of the registration. We have also checked the weather forecast with the Thai Meteorological Department hoping it won’t rain on the days of the event. However, we have a back-up plan in case of rain.”

“We’ve also invited many international media from Singapore, China, and European countries so we expect to get a lot of awareness and coverage of Phuket and the event overseas.”

“And finally, I expect to get more attention from the central government to see Phuket as a model for sustainable sports tourism,” he added.

You can read more about the event HERE.

SUNDAY MORNING BRIEFING – All your news in 3 minutes