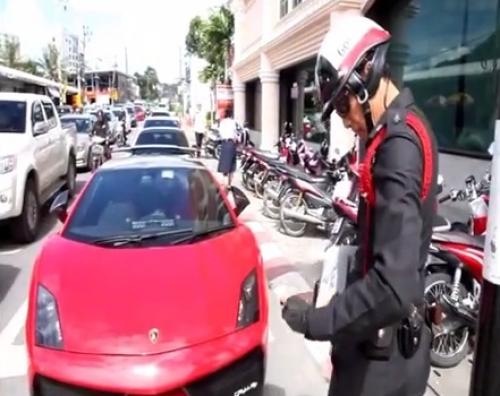 A video of the mass-ticketing of the vehicles obstructing traffic flow was posted yesterday on Youtube and has already attracted over 10,000 hits.

Many viewers commented to praise Phuket police for observing the same standard for both evidently wealthy car-owners and less well-off members of the public.

“There are at least three Lamborghini Gallardo and a Nissan GT,” said Hong Kong-based motor journalist Mark Sharp after viewing the footage..

The penalty for parking in a prohibited area is a modest fine of 500 baht (approx US$15.00). But according to Mr Sharp, “the schadenfreude effect of the Youtube footage is priceless.”