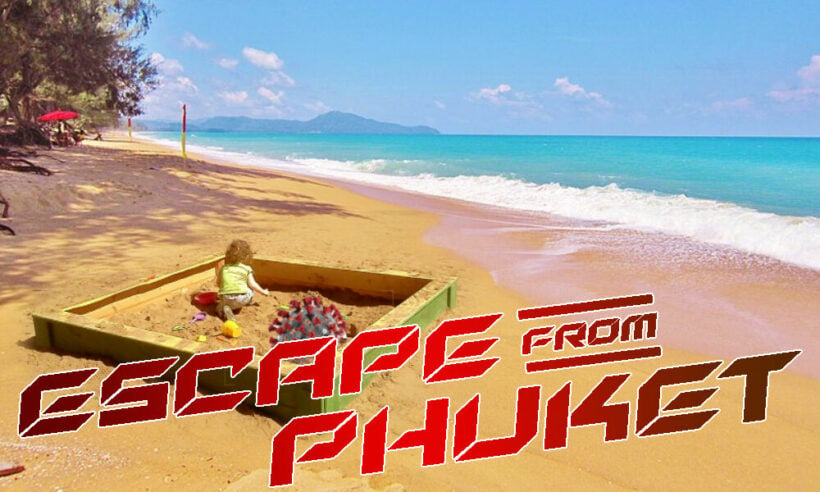 PHOTO: More details emerge about the woman who escaped from the Phuket Sandbox Tuesday. (via Wikimedia)

In an update to a story that broke yesterday, more details have emerged about the still-unnamed person who escaped from the Phuket Sandbox on Tuesday. Reports now state that it was an 18 year old woman who disappeared from the mandatory 14-day stay upon arrival in Phuket and was picked up Tuesday night in Chonburi after authorities were about to contact her and she confessed her location.

Initial reports only revealed that a Thai national had fled the Sandbox after only 9 days of the soft quarantine required on arrival and that the SHA Plus hotel had reported them missing. Updated information details that the Thai woman had flown from the United Kingdom on July 11 into Phuket and that it was a Thalang area hotel she had been staying in that first discovered her missing when it became apparent that she had left the property without checking out.

New information shows that she was not using the Mor Chana app with location sharing that is a mandatory requirement for all arrivals in the Phuket Sandbox in order to ensure people stay for their 14 days and for contact tracing in case of an infection. At first she was not responding to any attempts to contact her as well as she was going off the grid and escaped from Phuket island.

Many people had wondered how she fled an island with only one guarded road off of it, and the answer that has come out now is surprising: she flew. The woman escaped by somehow managing to board a flight to Bangkok’s Don Mueang International Airport from Phuket International Airport at 1:20 pm Tuesday afternoon without being stopped or checked for her Sandbox status. Upon landing, she made her way to her hometown which was confirmed to be in Chon Buri but not specifically named.

It was known that she was taken into custody and moved to an ALQ facility in Chon Buri, and that once contacted, she was cooperative in surrendering to the Chon Buri Public Health Office. Authorities in Phuket have already begun the process for the appropriate agencies to file legal charges against the escaped woman. She will likely be charged with multiple offences.

Phuket Governor Narong Woonciew said that authorities would be investigating how she was able to freely exit and how to prevent it from happening again.