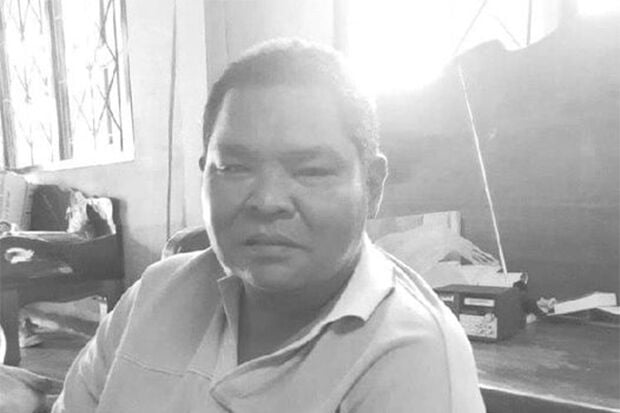 One of the brave firefighters who battled the recent factory fire in Samut Prakan July 5 was diagnosed today with Covid-19, just hours before he died from the virus. Naruphon Wongyaem was among the teams that responded to the explosion at the Ming Dih Chemical Co factory just south of Bangkok in Samut Prakan’s Bang Phli district. After putting out the blaze, the fire department unit chief announced that 10 members of the firefighting team had contracted Covid-19.

When the fire exploded around 3 am on July 5, countless firefighters, including Naurphon who was 47 years old, fought the blaze, taking more than 24 hours to finally bring the flames under control, aside from a brief rekindling the next afternoon. 40 firefighters and civilians were injured and one rescue worker lost their life. More than 80,000 people were affected by the fire including nearly 2,000 evacuated from their homes, and inspections showed damage to the air quality up to a kilometre away.

After the fire and the diagnosis of 10 people with Covid-19, the firefighting unit closed down until the end of the month, and 23 more people who had been in contact with the infected firefighters were isolated in quarantine this past Sunday, including Naruphon. Things moved very quickly from that point on.

He was quarantined at home Sunday and reported to Chularat 3 Hospital to be tested for Covid-19 the next day. The day after, Tuesday, he was moved to the Tambon Administration Organisation of Bang Chaloeng in a multi-purpose building to quarantine. The next day his Covid-19 test results came back positive and he was found later that same day suddenly dead in the quarantine building he had just moved into.

The TAO of Bang Chaloeng fire and rescue unit released a statement offering condolences for Naruphon’s family after his shockingly sudden death of Covid-19, just 2 weeks after heroically battling the factory explosion and fire.

Government does an about-face, will hold talks to join Covax