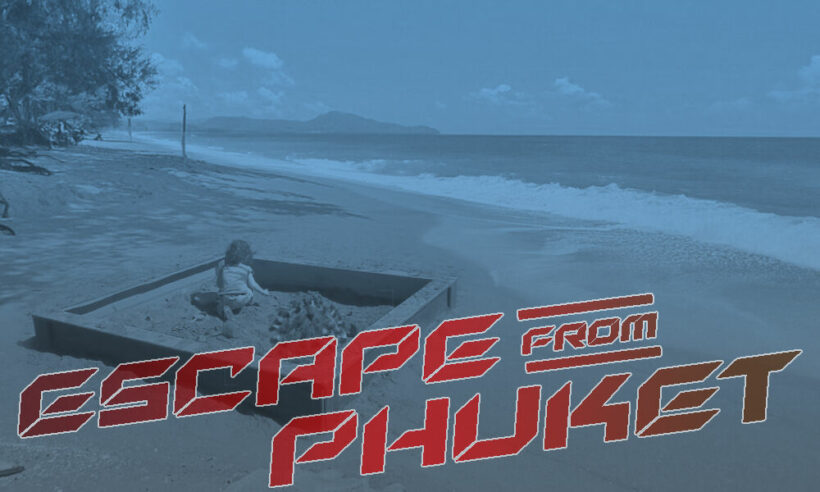 PHOTO: A person who escaped from the Phuket Sandbox is facing prosecution. (via Wikimedia)

A person who came into Thailand under the Phuket Sandbox plan left the island before completing the 14-day stay and now faces prosecution. A Thai national stayed just 9 days in their SHA Plus hotel before disappearing without checking out, according to Phuket Provincial Public Health Office Chief Dr Kusak Kukiattikoon.

The person’s gender was not revealed, but it was confirmed that they left the island and had travelled across Thailand. The details were revealed in a live broadcast this morning with Kusak and other officers involved in the Phuket Sandbox and this case, as well as Phuket Governor Narong Woonciew.

According to the broadcast, the person who skipped out on the Sandbox has been located already and faces prosecution. They arrived in Thailand as part of Phuket’s Sandbox scheme and transferred to their SHA Plus hotel, testing negative for Covid-19. After a second negative test on the 6th or 7th day of their stay, the person disappeared from their hotel room on the 9th day. The manager of the SHA Plus hotel reported the missing guest to the PPHO yesterday and the search began.

Authorities were able to contact the person who escaped the Sandbox and were informed that the person was already in Bangkok and heading to Chon Buri. Apparently the person was cooperative and gave this information freely and did not try to evade officials. The Chon Buri Public Health Office was then contacted and they were able to find the Sandbox fugitive and take them in, placing them in an alternative local quarantine accommodation last night, though prosecution awaits.

The government response to the person violating the Sandbox rules and leaving Phuket was a bit hot and cold. Governor Narong stressed that people cannot be allowed to leave the island without completing their 14-day entry period under any circumstance except to leave Thailand, and even said that other people had requested to exit the Sandbox early for emergencies like funerals and were denied. He said the person must face prosecution and they must file a complaint with police, so as not to set an example and encourage others to break the Sandbox restrictions.

Kusak was equally firm saying that the Sandbox runner must face full prosecution until the law (presumably the Communicable Disease Act and the Emergency Decree). But both men stopped short of any swift of concrete punishments, kicking the can down the road for future deliberations, as Kusak explained that will be handled later.

“In regards to the matter of any legal punishment, police and administrative officers will work on that at a later stage.”

Bluesofa
12 minutes ago, 9S_ said: Other news stories I’ve seen said it was a girl.  Yes, that's correct. It was stated in the update.

Poolie
1 hour ago, Graham said: And you believe that ?? Yes.

Soidog
The Bangkok Post article still referred to this person as a “ Thai Tourist”. ?