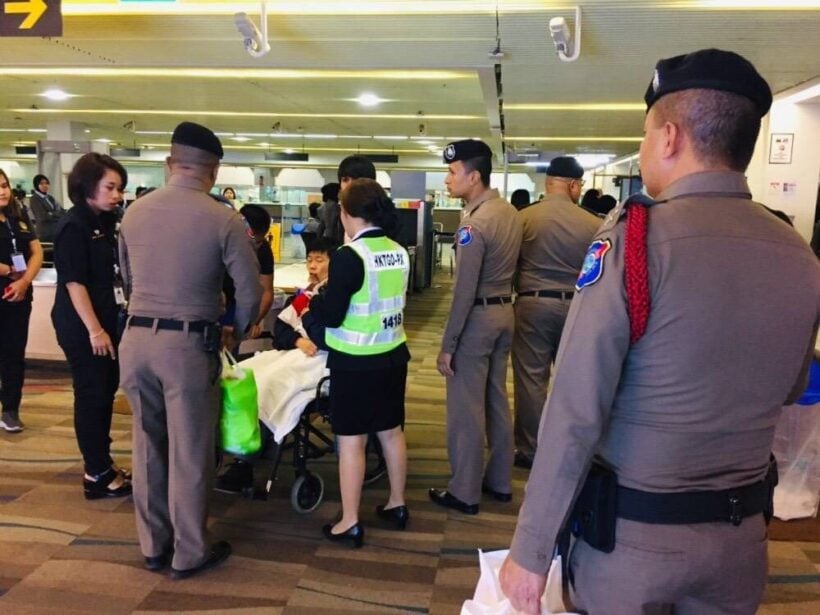 The Tourist Police have escorted two Chinese tourists, who sustained injuries from last Saturday’s speedboat accident, back to the airport for their return to China.

The speedboat captain has now been charged over a “reckless act causing injury” but continues to deny the charge.

Read more about the latest charges and investigation into Saturday’s incident HERE.

Last night Col Tongchai Wilaiprom and Maj Eakkachai Siri of the Tourist Police escorted the pair to the Phuket International Airport here they were heading back to China after their longer-than-expected journey to Phuket.

The two Chinese tourists thanked the officers, and staff who helped them while they were in hospital. They said they were appreciative of the care and attention they received following Saturday’s incident. 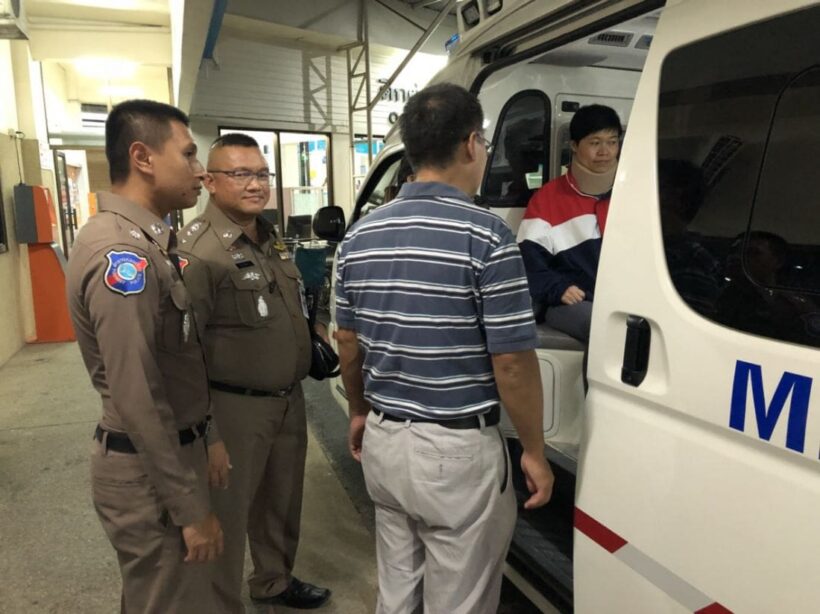 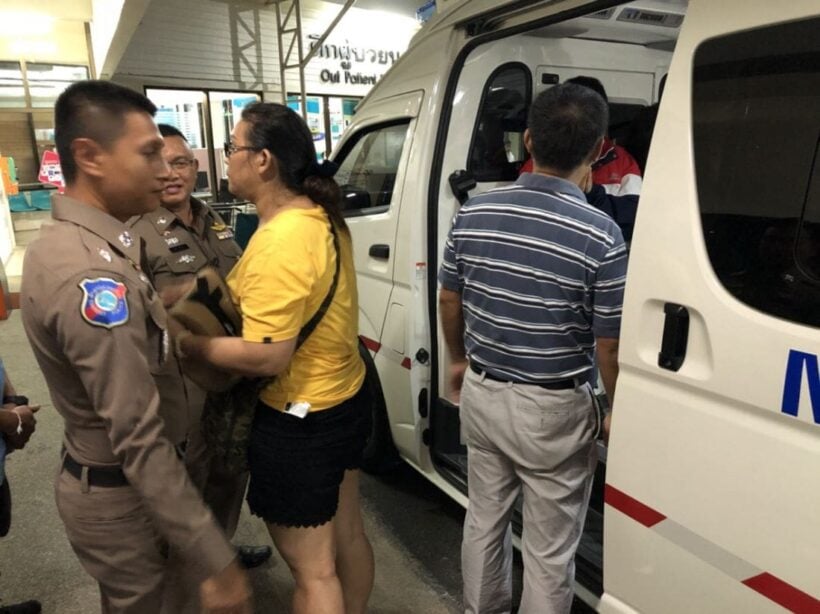 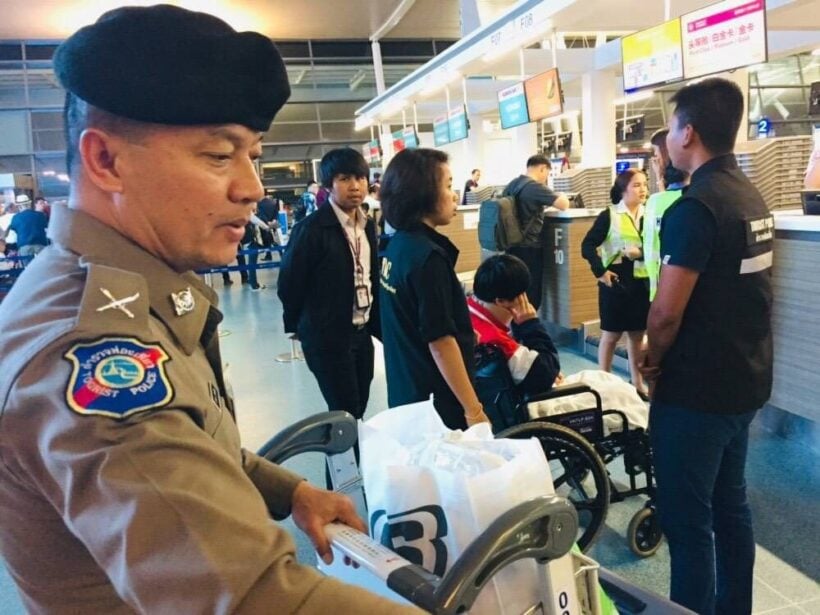 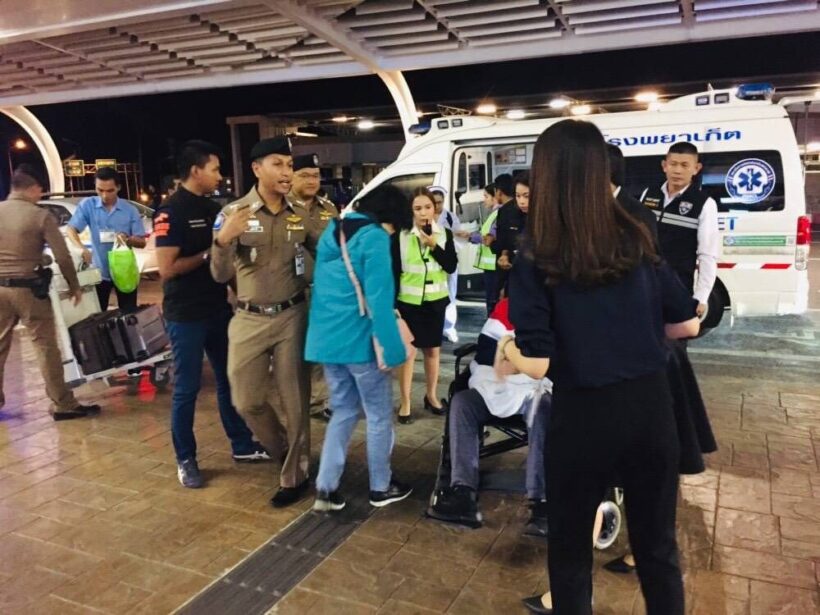 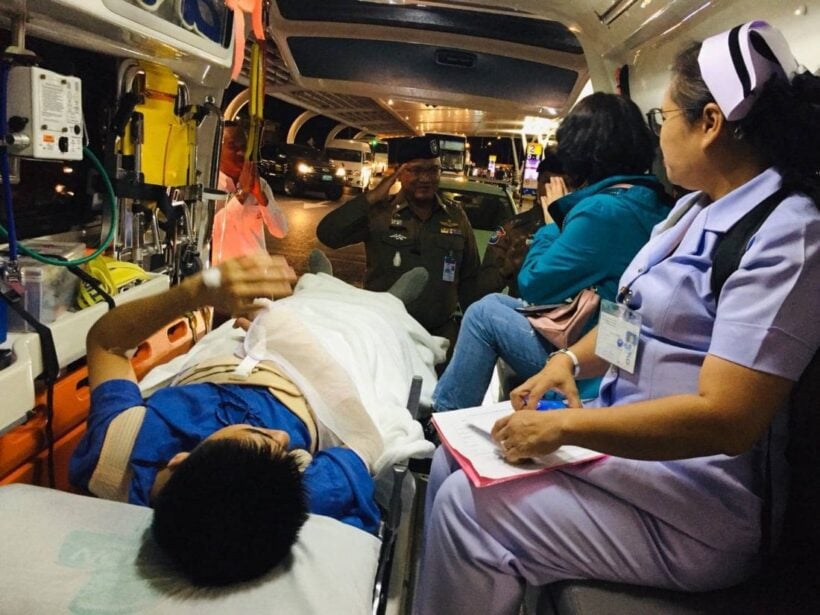 Patong Police warn tourists to be aware of their belongings