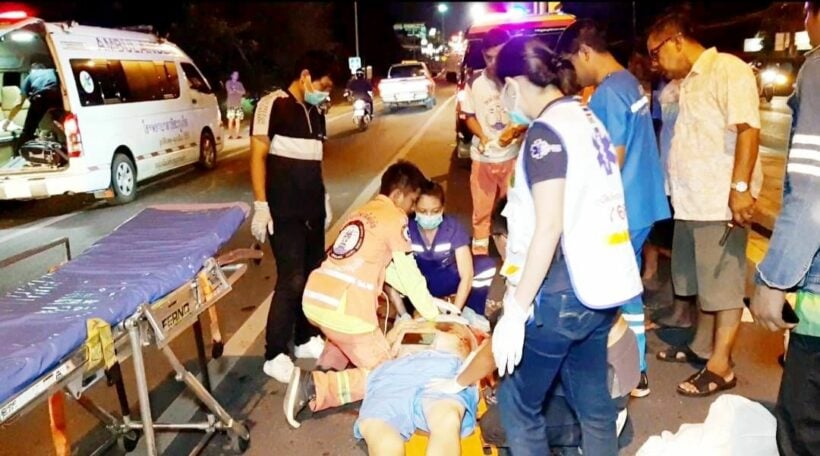 Two Chinese tourists riding on a motorbike in Rawai have sustained injuries after colliding with a power pole. One of them is in serious condition.

The Chalong Police were notified of the incident last night on Wiset Road.

Police and emergency responders arrived to find a damaged motorbike laying next to a power pole. A helmet was found nearby. Blood was also found on the road.

The two Chinese injured riders were taken to Vachira Phuket Hospital. One of them sustained serious injuries.

A witness told police that they were travelling from Rawai towards Chalong. When they arrived at a curve, coming down the hill at high speed, they appeared to lose control and collided with the power pole. 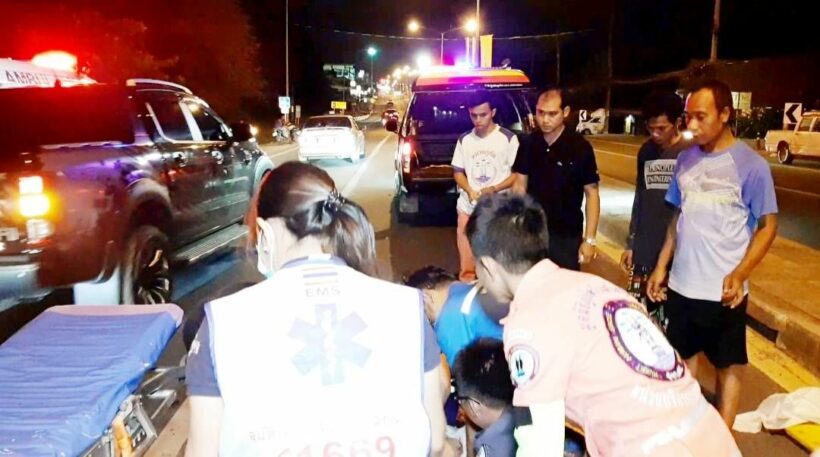