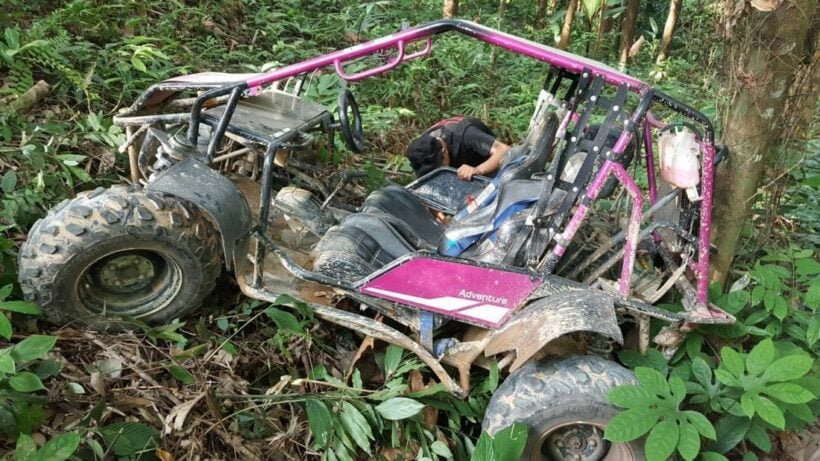 A Saudi Arabian tourist has sustained serious injuries after driving an ATV (All Terrain Vehicle – Dune Buggy) off the side of a 10 metre hillside yesterday (Sunday).

Narenthorn Rescue workers were notified that two tourist injured in the accident on Nark Kerd Hill in Chalong at 4pm were taken to the Chalong Hospital.

A male Saudi Arabian who has sustained a serious head injuries was later identified as 25 year old Mutih Alshali. CPR had to be used during his journey to the hospital. Mr Alshali was later transferred to Bangkok Hospital Phuket.

Mr Alshali’s friend sustained minor injuries. He says they were following each other on two different ATVs.

“The route was very bumpy.”

Mr Alshali was driving at high speed, lost control of his vehicle and careered over the side of the hill and down into the forest below.

See the track the men were taking in the videos below…

Driver injured after colliding with power pole in Thalang