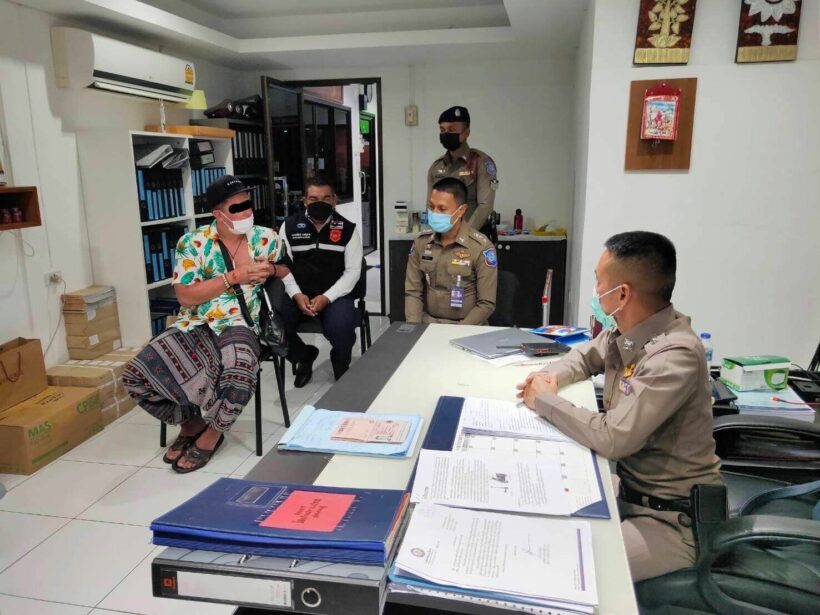 A Russian tourist was taken to a police station in Phuket for questioning after local taxi drivers reported that the man was driving throughout the island province, claiming he was picking up passengers. The tourist was just driving his family members, but the car he rented ended up being registered as a service vehicle. Both the owner of the vehicle and the tourist had to pay a 1,000 baht fine.

The car had a green licence plate, which is for service vehicles, like taxis. When local taxi drivers saw the car full of passengers with a foreign man behind the wheel, some assumed he was getting paid to drive people around. Following complaints from local taxi drivers, saying the foreigner was taking away their livelihoods, the tourist and the owner of the car were asked by the tourist police from Patong Provincial Police Station and officers from Phuket’s Department of Transport to come in for questioning.

Reports say the tourist had just rented the car for a day, promising to return it at 9pm on Tuesday. The tourist had an international driver’s licence and used the car for a family trip. Since the car was registered to be used as a service vehicle and not for rental, both the driver and the owner had to pay a 1,000 baht fine.

oldschooler
5 hours ago, Grumpyoldman said: Why do I not have the slightest inclination to visit Phuket or The Isle of Scam as it's also known to Brits? It is not known as anything except “ Phuket” . You have just…

cherryripe64
Is the wearing of a face mask now just for the police and a criminal can wear one as a chin strap ? Or was this criminal later fined for advertising the improper use of a face mask ?…
DiJoDavO
23 hours ago, Stonker said: They reported what they saw - a foreigner driving a taxi. If you are just doing your daily business, you're not exactly paying attention to whoever drives a car with what plate. Unless you are…
Stonker
9 hours ago, DiJoDavO said: If it happened just once, and he reported it, that makes him an *sshole No, it makes him and whoever else reported it (apparently a number did so) p1ssed off that foreigners are openly breaking…
stevenkongju
On 2/18/2022 at 1:54 PM, Stonker said: On 2/18/2022 at 1:01 PM, Grant said: Thailand wants tourists? But treats tourists with contemp? They can’t have it both ways? So expecting tourists to obey the law, and in this case to…

3 workers killed in structure collapse at One Bangkok construction site