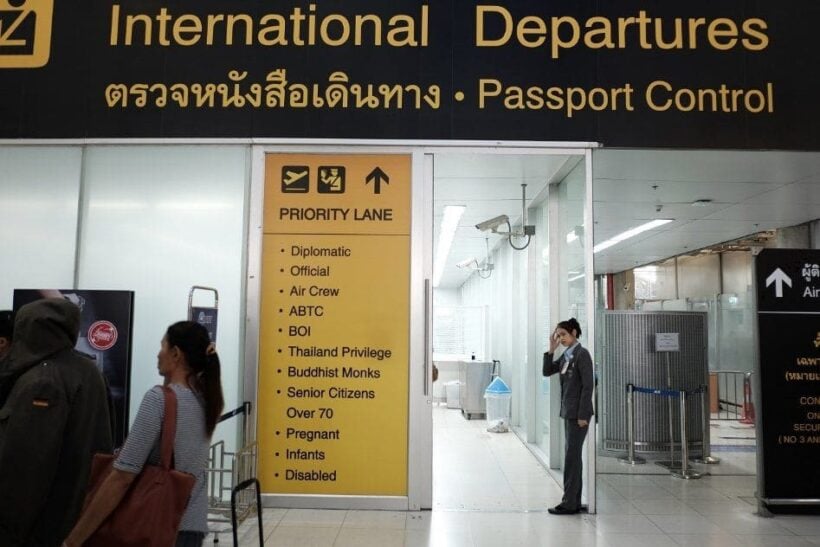 After allegations of massive fraud in the use of Thailand’s largest airport’s Premium Lanes at immigration, Airports of Thailand (AoT) are cracking down on the use of the so-called ‘fast lanes’ and the hawkers profiting from the reselling of the service.

Only first and business class passengers, plus passengers with special needs, will be permitted to use the Premium Lane services at Suvarnabhumi International Airport from July 1, according to Manager Online.

The story describes the system as a “major scam” and was netting alleged “airport mafia” amounts totalling millions of baht. The Fast track tickets were also being hawked online on a number of sites checked by The Thaiger today (below).

The so-called ‘Fast Track’ tickets, sold by Thai Immigration and handled by a company called VFS Global Group, were getting into the hands of tour groups and other people on-selling the tickets with huge mark-ups.

Airports of Thailand’s Sutheerawat Suwannawat says that his personnel will be keeping an eye on the use of the Airport’s Premium Lanes from July 1 saying that only first and business class passengers and other passengers with special needs will be able to access the fast track lanes from then on. It’s also expected that expats on the Elite Visa program will still be able to access premium services at Immigration.

Tickets were being sold to unsuspecting passengers for upwards of 1,000 baht. 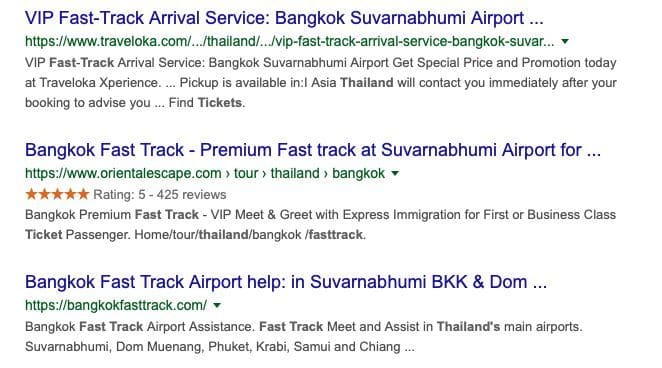