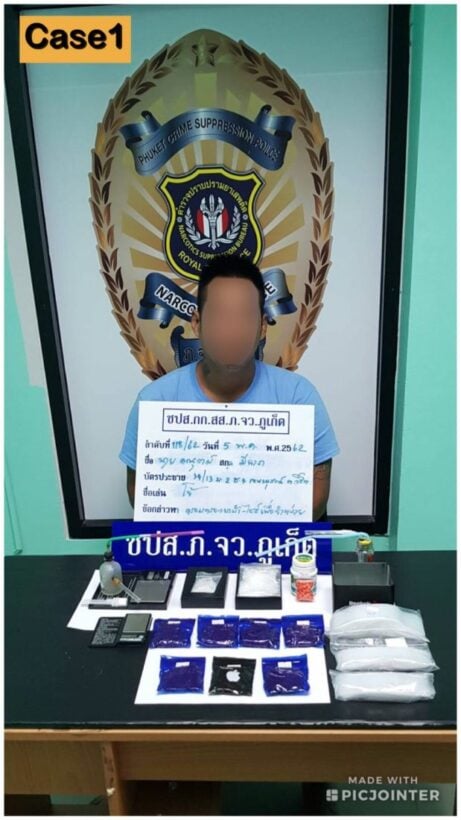 He was taken to Wichit Police Station where he faces charges of illegal possession of a Category 1 Drugs with intent to sell.

Then, police arrested a 29 year old man Tanawat ‘Golf’ Thammapradit on Takua Pa Road in Phuket Town. In that case police seized 27.46 grams of crystal methamphetamine and 52.15 grams of marijuana.

He was taken to the Phuket City Police Station where he is facing charges of illegal possession of Category 1 and 5 drugs with intent to sell.

She was taken to the Phuket City Police Station where she facing charges of illegal possession of a Category 1 Drug with intent to sell. 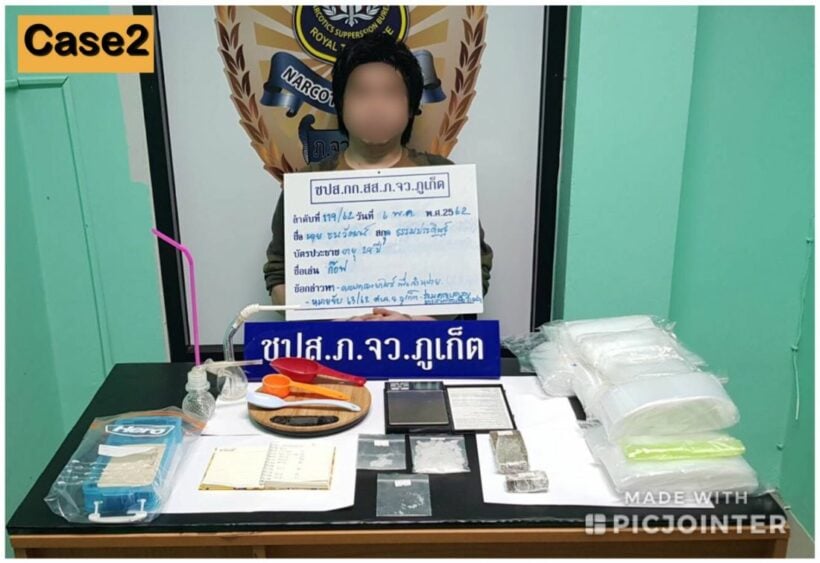 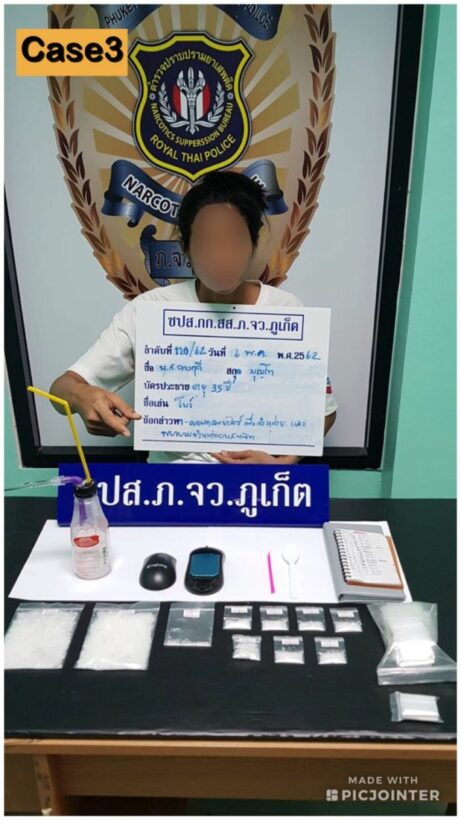 Pork-seller arrested with gun, ammunition and drugs in Kathu