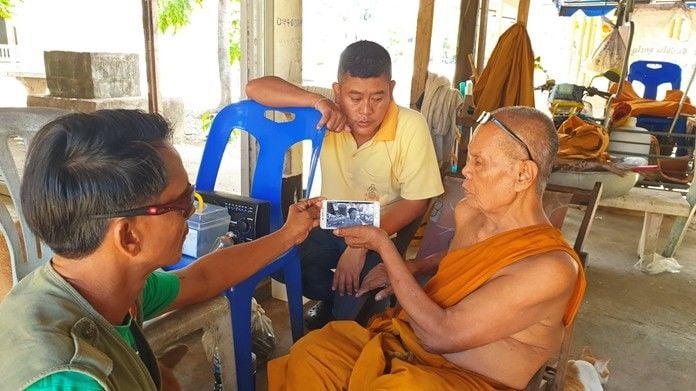 A woman previously wanted for stealing 40,000 baht from a local temple has been thwarted from doing the same at the Najomtien Temple in Pattaya.

The un-named woman in her mid-20s masqueraded as a snack seller and entered the temple’s rectory on May 3.

She was stopped by 79 year old Lungta Thonghor Tammateero who asked what she was doing. She said that she had come from upcountry to earn money and sold him four bags of “khao mao” before leaving.

The man reported the suspicious woman to police, saying she had had arrived at the temple with a drunk-looking man in his 30s and two young girls in a broken-down saleng.

Police speculate the suspect lives somewhere between Najomtien and Huay Yai police stations and asked anyone who spots her to call the Najomtien police.

On April 29 it’s believed the same woman stole 35,000 baht in salary that was for cooks at the Nong Jobtao Temple from a bag in the rectory, and another 5,000 baht from a bowl while the monks slept.